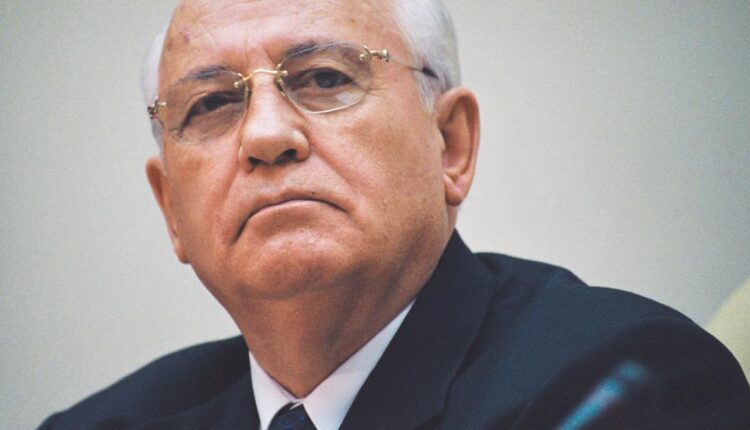 Russian President Vladimir Putin expressed his condolences and sent a message to Gorbachev’s family and friends on Wednesday.

In an official letter published on the Kremlin’s website, Putin expressed his “deepest condolences” to Gorbachev’s relatives and friends, saying the former Soviet leader “had a huge impact on the course of world history.”

He said Gorbachev led “our country during a period of complex, dramatic changes, large-scale foreign policy, and economic and social challenges,” adding that “he deeply understood that reforms were necessary.”

“I will especially note the great humanitarian, charitable, and educational activities that Mikhail Sergeyevich Gorbachev has been conducting in recent years.”

The two leaders were often ideologically opposed, with Putin, who served in the KGB security agency during Gorbachev’s time in office, referring to the demise of the Soviet Union as the “greatest geopolitical catastrophe” of the twentieth century during a 2005 speech.

Earlier this year, the Gorbachev Foundation, a research institute set up by the former leader to promote “democratic values,” issued a statement two days after Putin’s invasion of Ukraine calling for “an early cessation of hostilities and (the) immediate start of peace negotiations.”

“There is nothing more precious in the world than human lives,” the statement said.

“His commitment to peace in Europe changed our common history,” Macron said.

NATO Secretary-General Jens Stoltenberg praised Gorbachev’s “historic reforms” on Wednesday, saying they “opened the possibility to a partnership between Russia and NATO.”

German Chancellor Olaf Scholz said: “We will never forget that perestroika (restructuring) made possible that Russia could try to establish democracy and that democracy and freedom became possible in Europe, that Germany could be united, that the Iron Curtain disappeared.”

Scholz added that Gorbachev died during a time when “not only the democracy in Russia has failed … but also Russia and the Russian President Putin draws new trenches in Europe.”

Italian Prime Minister Mario Draghi said in a statement: “His desire for peace and his opposition to an imperialist vision of Russia earned him the Nobel Prize. These are timely messages in the face of the tragedy of Ukraine’s invasion.”

Ursula von der Leyen, President of the European Commission, said on Twitter that Gorbachev had “opened the way for a free Europe.”

“He played a crucial role to end the Cold War and bring down the Iron Curtain,” she wrote.

British Prime Minister Boris Johnson said in a statement, “I always admired the courage and integrity he showed in bringing the Cold War to a peaceful conclusion.

“In a time of Putin’s aggression in Ukraine, his tireless commitment to opening up Soviet society remains an example to us all.”

“As leader of the USSR, he worked with President (Ronald) Reagan to reduce our two countries’ nuclear arsenals, to the relief of people worldwide praying for an end to the nuclear arms race,” Biden said.

“He believed in glasnost and perestroika — openness and restructuring — not as mere slogans, but as the path forward for the people of the Soviet Union after so many years of isolation and deprivation.”

Romanian President Klaus Iohannis said in a tweet that Gorbachev “was a leader who wisely understood that ending the Cold War is the right approach. The current brutal, unprovoked and unjustified war of Russia against Ukraine is in stark contrast with his legacy and courageous vision of a peaceful world.”

“He did more than any other individual to bring about the peaceful end of the Cold War,” Guterres said.

Not everyone regarded Gorbachev as a hero, however, including many in the Baltic countries. In early 1991, he sent in Soviet troops to suppress pro-independence demonstrations in the region, killing 14 people in Lithuania and five in Latvia.

On Wednesday, Gabrielius Landsbergis, Lithuania’s minister of foreign affairs, said in a tweet: “Lithuanians will not glorify Gorbachev. We will never forget the simple fact that his army murdered civilians to prolong his regime’s occupation of our country. His soldiers fired on our unarmed protestors and crushed them under his tanks. That is how we will remember him.”

Gorbachev is widely credited with introducing key political and economic reforms to the Soviet Union and helping to end the Cold War.

With his outgoing, charismatic nature, Gorbachev broke the mold for Soviet leaders who until then had mostly been remote, icy figures. Almost from the start of his leadership, he strove for significant reforms, so the system would work more efficiently and more democratically.

In 1986, face to face with US President Reagan at a summit in Reykjavik, Iceland, Gorbachev made a stunning proposal: Eliminate all long-range missiles held by the US and the Soviet Union. It was the beginning of the end of the Cold War.

He was awarded the Nobel Peace Prize in 1990 for his leading role in the peace process.

“I began these reforms and my guiding stars were freedom and democracy, without bloodshed. So the people would cease to be a herd led by a shepherd. They would become citizens,” he later said.

After a failed coup by frustrated hard-liners in 1991, Gorbachev resigned by the end of the year. In the years since, he continued to speak out on nuclear disarmament, the environment, poverty — and in his late wife’s memory, set up the Raisa Gorbachev Foundation to fight children’s cancer.

He will be buried next to his wife at the Novodevichy Cemetery in Moscow, RIA Novosti reported, citing the Gorbachev Foundation.