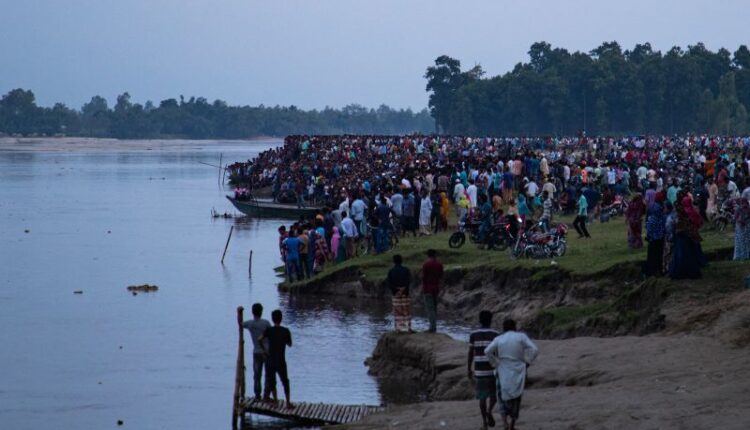 
The death toll from the sinking of an overcrowded ferry carrying Hindu devotees in northern Bangladesh climbed to 61 on Tuesday, with many passengers still missing two days after the disaster.

Onlookers and relatives of the missing gathered along the riverbank as rescuers searched for bodies, witnesses said.

“I just want to see the face of my mother,” Deepak Chandra Roy said, speaking through tears as he searched for his mother. His son was rescued.

The dead recovered so far included 28 women and 18 children, said Jahurul Islam, chief administrator of the northern district of Panchagarh, where the accident occurred.

“Divers are searching for more bodies as some are still missing,” he said, adding that the ferry had been taking Hindu devotees to a temple on the occasion of Mahalaya, when Hindus make offerings to their ancestors.

The death toll was the worst for a maritime disaster in the country since 2015, when at least 78 people died after an overcrowded ferry collided with a cargo vessel in a river west of the capital, Dhaka.

Police said that, while some of the passengers managed to swim ashore or were rescued, about 10 were still missing. Passengers said more than 80 people had been on board.

Dozens of people die each year in ferry accidents in Bangladesh, a low-lying country that has extensive inland waterways and lax safety standards.