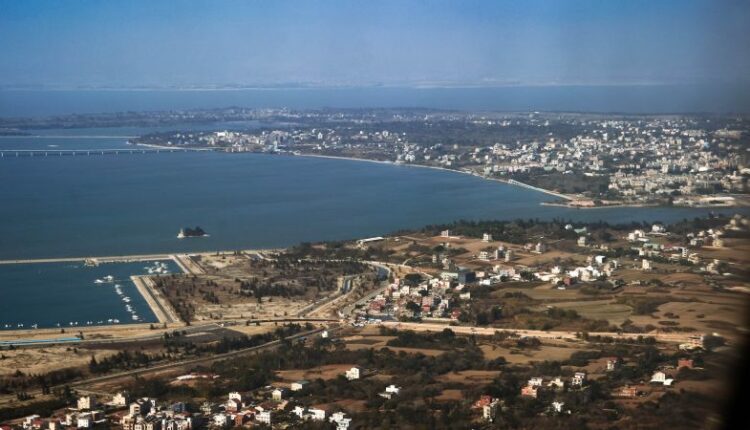 China is set to stage military drills around Taiwan from Thursday to Sunday to protest a visit by US House Speaker Nancy Pelosi to Taipei.

The Chinese Defense Ministry released a map of six zones around the island where it plans to conduct air and sea exercises as well as long-range live-fire exercises, as part of what a spokesman described as a “blockade.”

Ships and aircraft have been warned to stay out of the areas during the drills.

The exercise areas announced by Beijing extend well into Taiwan’s air defense identification zone – a buffer of airspace commonly referred to as an ADIZ – and in some cases encroach on the island’s territorial airspace, an area recognized by international law as extending 12 nautical miles (22.2 kilometers) from shore.

Carl Schuster, a former US Navy captain and former director of operations at the US Pacific Command’s Joint Intelligence Center, said China is going “a lot farther than it ever has before” in putting its military assets close to Taiwan’s shores.

Beijing’s threats have prompted much discussion over what, exactly, constitutes Taiwan’s airspace, and if it’s recognized under international law.

Here’s what you need to know.

Under the United Nations Convention on the Law of the Sea (UNCLOS), a country’s territorial boundaries extend 12 nautical miles (22.2 kilometers) from its coastline.

The area above is considered the country’s territorial airspace, according to the Convention on International Civil Aviation, which also stipulates that government or military aircraft may not fly over the territory of another country without permission.

While Taiwan is a self-governing democracy, mainland China insists it has sovereignty over the island and is fiercely opposed to any suggestion that it could be considered an independent country.

Most countries in the world do not recognize Taiwan as an independent country – holding diplomatic relations with Beijing rather than Taipei.

However, Drew Thompson, visiting senior research fellow at the Lee Kuan Yew School of Public Policy at the National University of Singapore and a former US Defense Department official, said most of the world treated Taiwan as if it were an independent country – and for that reason, it should be considered as having its own airspace.

“The reality is Taiwan exists. Taiwan is autonomous. It is effectively independent of any other country. It elects its own government, collects its own taxes, defends its own borders. So for all intents and purposes, Taiwan is a country,” Thompson said.

“Under that principle, then perhaps we decide that international law applies, in which case Taiwan’s airspace extends to 12 miles beyond its baseline. Beyond the 12-mile limit is international waters, international airspace,” he added.

Thompson said there was also a matter of precedent and that even China’s military appeared to tacitly recognize this.

However, China contends that since Taiwan is its sovereign territory, its military aircraft do not need permission from Taiwan or any other entity to fly into the island’s territorial airspace. In Beijing’s eyes, Taiwan’s airspace is essentially China’s airspace.

But what is “international law?” The International Court of Justice in the Hague, says it evaluates cases based on “international conventions,” such as treaties like UNCLOS; “international custom, as evidence of a general practice accepted as law,” in other words, what countries usually do in a given circumstance; and “the general principles of law recognized by civilized nations.”

The United Nations’ website says international law is upheld “in many ways – by courts, tribunals, multilateral treaties – and by the Security Council, which can approve peacekeeping missions, impose sanctions, or authorize the use of force when there is a threat to international peace and security, if it deems this necessary.”

But remember, the five permanent members of the Security Council, including both China and the United States, have veto power, so they can block any UN attempt to enforce international law.

“You’ve seen China disregard international law norms left and right for decades, not least in the South China Sea,” Thompson said, referring to the military facilities China has built on various islands despite having its claims to sovereignty rejected by an international tribunal in 2016.

Taiwan has often been in the headlines recently when Chinese warplanes have entered its air defense identification zone.

On Tuesday, for example, Taiwan said 21 Chinese planes entered its ADIZ, and there have been almost daily incursions of PLA warplanes for the past month.

However, these zones are not the same as territorial airspace. Rather, they are unilaterally declared buffer areas that extend beyond territorial airspace, that are specifically set up to give defensive forces time to react when foreign aircraft approach. Consequently, not all countries have an air defense identification zone.

The US Federal Aviation Administration defines the zones as “a designated area of airspace over land or water within which a country requires the immediate and positive identification, location and air traffic control of aircraft in the interest of the country’s national security.”

Mercedes Trent of the Federation of American Scientists wrote in a 2020 review that, “It is customary for foreign aircraft entering such zones to identify themselves and seek prior authorization from the country controlling the zone before entering.”

The island’s air defense identification zone was actually the brainchild of the United States, which set up similar zones for Japan, South Korea and the Philippines to try to protect them from Chinese and Russian overflights, according to Trent, of the Federation of American Scientists.

Part of Taiwan’s air defense identification zone actually extends over the Chinese mainland, but Chinese flights are challenged by Taiwan only if they cross the median line – the halfway point between the island and the mainland above the Taiwan Strait.

Yes. It is over the East China Sea and covers the disputed Senkaku/Diaoyu island chain, which is controlled by Japan.

China’s air defense identification zone overlaps those of Japan, South Korea and Taiwan. However, it does not cover the island of Taiwan itself, stopping just short of its northern tip.