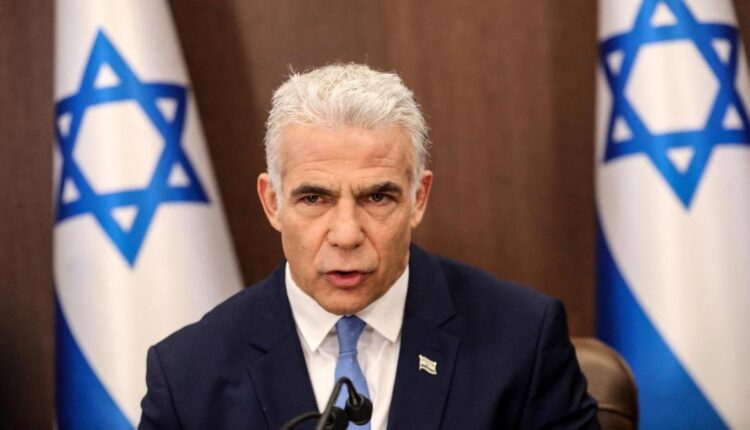 
Speaking at an event to mark a change of leadership at the country’s Atomic Energy Commission, Lapid referred to Israel’s defensive and offensive capabilities, as well as what he called its “other capabilities” — understood to be a reference to nuclear weapons.

Israel is widely believed to possess a few hundred nuclear weapons, developing the technology in the 1960s. Unlike most assumed nuclear weapons states, Israel has never formally declared possession.

Instead it pursues a policy of ‘opacity’ — meaning Israeli leaders, when pushed, have preferred to make only oblique or ambiguous reference to nukes.

The first such statement was made in the early 1960s by then junior defense minister Shimon Peres who said that Israel would “certainly not be the first to introduce nuclear weapons into the region.”

More recently, former Prime Minister Ehud Olmert appeared to acknowledge the nuclear capability when he listed Israel, along with the United States, Russia and France, as having nuclear weapons, though he later attempted to row back the comments, which were made on German television.

Benjamin Netanyahu too once referred to Israel as a “nuclear power” during a presentation to his Cabinet, before he corrected himself to say “energy power.”

Millions of women and children have fled war in Ukraine. Traffickers are waiting to prey on them