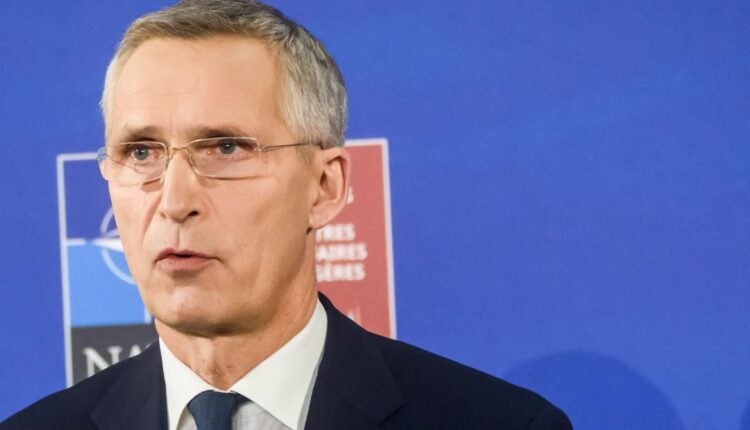 “We will outline that we are ready to sit down … and discuss arms control, disarmament, transparency on military activities, risk reduction mechanisms, and other issues which are relevant for European security. And also to sit down and listen to Russian concerns,” Stoltenberg said.

The NATO chief said last week that the Western military alliance would soon send its written proposals to Russia, responding to Moscow’s security demands and suggest serious talks on arms control and measures of transparency on military activities and missile deployments.

Stoltenberg’s comments came a day after NATO announced that some member countries were putting forces on standby and sending additional ships and fighter jets to Eastern Europe.

The moves signaled mounting fears of a possible Russian invasion of Ukraine, following months of military maneuvering by Moscow that has set off a tit-for-tat series of escalations with NATO.

Speaking from Brussels, Stoltenberg said there is “still a diplomatic way out” of the Russia-Ukraine crisis, “but that requires that Russia de-escalates and is ready to engage in good faith in political talks with NATO and NATO allies.”

Russia has deployed tens of thousands of troops near its border with Ukraine since last year, and is sending forces into neighboring Belarus for joint exercises next month that Ukrainian officials fear could serve as a “full-fledged theater of operations” from which to launch an attack.

The Kremlin has repeatedly denied it is planning to attack Ukraine, but has argued that NATO support for the country constitutes a growing threat on Russia’s western flank.

In a statement on Monday, NATO said that member states had announced a number of deployments to Eastern Europe in recent days. They include Denmark sending a frigate to the Baltic Sea and four F-16 fighter jets to Lithuania; the Netherlands deploying two F-35 fighter aircraft to Bulgaria; France expressing its readiness to send troops to Romania; and the US considering increasing its military presence in the East. There was no suggestion in the statement that the troops would be used to assist Ukraine, which is not a NATO member.

Stoltenberg told CNN that NATO was weighing whether to further increase its position with “enhanced forward presence or battlegroups, also in the southeast of the alliance.”

High-level talks between the West and Russia wrapped earlier this month without any breakthroughs, leaving prospects of de-escalation and future diplomacy in doubt. The US and its NATO allies had hoped the talks could spur Russia to pursue a path of “de-escalation and diplomacy,” but Russian officials were incensed over the US and NATO’s refusal to entertain a contentious list of security demands.

The demands include a ban on Ukraine entering NATO and that the alliance roll back its expansion in Eastern Europe.

The US and its NATO allies have repeatedly said such proposals from Moscow are non-starters.