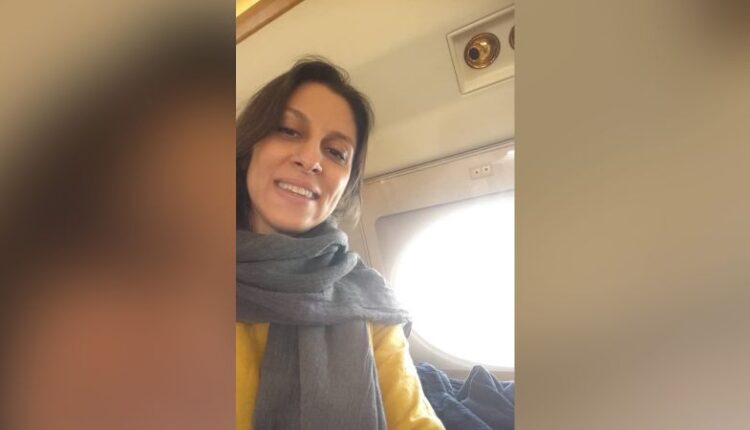 Nazanin Zaghari-Ratcliffe, the dual British-Iranian citizen detained by Iran for nearly 6 years, said Iranian authorities forced her to sign a false confession as a condition of her release.

Zaghari-Ratcliffe told the BBC that after traveling to Tehran International Airport on the day of her release, she was “made to sign [a] forced confession at the airport in the presence of the British government.”

“They told me that you won’t be able to get on the plane. And I knew that was like a last-minute game because I knew, they told me that they have been given the money. So, what is the point of making me sign a piece of paper which is incorrect. It’s a forced confession,” Zaghari-Ratcliffe told the BBC in an interview broadcast Monday.

The British-Iranian charity worker was accused of working with organizations attempting to overthrow the Iranian regime. After being convicted and detained for nearly 6 years, she was released on March 16, 2022. On the same day, the British government resolved a dispute with the Iranian government over a decades-old £400 million ($524 million) debt owed to Iran, which Iran’s Foreign Minister Hossein Amir-Abdollahian denied was linked to the prisoner release. The debt is for undelivered armored vehicles and tanks, originally ordered by Iran but canceled by the UK in response to the Iranian revolution of 1979, according to a research briefing published by the House of Commons Library.

Zaghari Ratcliffe told the BBC that when she met UK Prime Minister Boris Johnson on May 13, he said her detention “was about the debt” that the UK government owed Iran.

A UK official told CNN on background that Zaghari Ratcliffe was asked to sign the document at the airport under the threat of being prevented from leaving Iran. A UK official was present to help oversee Zaghari Ratcliffe’s and fellow detained dual national Anoosheh Ashoori’s departure from Iran.

In a statement, a spokesperson for the Foreign, Commonwealth and Development Office said: “Iran put Nazanin Zaghari-Ratcliffe through a horrendous ordeal, right up to the moment she left the country. Throughout that time the UK Government was working tirelessly to end her unfair detention, but it was always in Iran’s gift to release Nazanin and allow her to return to her family.”

CNN has reached out to the Iranian Ministry for Foreign Affairs for comment.

In her BBC interview, Zaghari-Ratcliffe stressed that all “the false confessions that we have been exposed to” bear “no value.”

“They are just propaganda for the Iranian regime to show how scary they are, and they can do whatever they want to do,” she added.

Zaghari-Ratcliffe shared details with the BBC about her living conditions during her detention, saying that for about 9 months, she was kept in solitary confinement in a 1×2 meter windowless cell.

“There is a reason they keep people in solitary and that is to confess to things they haven’t done. And it works,” she said.

She also spoke of a sense of “responsibility” that she feels in speaking about her detention so “at least that it doesn’t happen to other people.”