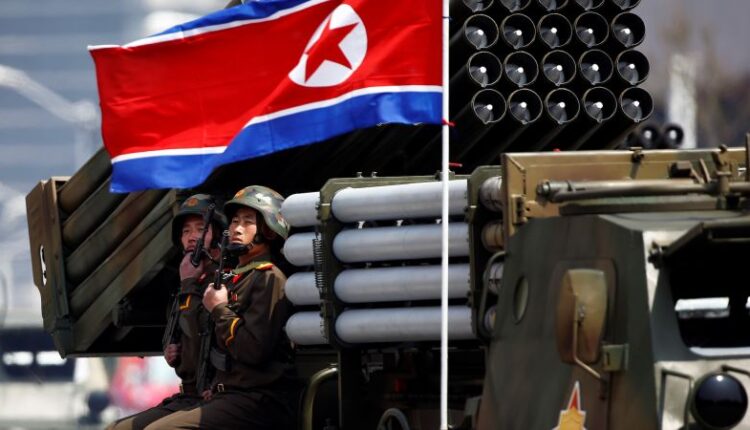 North Korea fired at least three ballistic missiles on Thursday local time, according to the South Korean military, just one day after Kim Jong Un’s regime ramped up tensions on the peninsula with a barrage of weapons tests.

In Japan, the first missile launch triggered evacuation warnings in the northern Miyagi, Yamagata and Niigata prefectures, where the Japanese Prime Minister’s office initially said it was expected to fly over. Japan’s Defense Ministry later evaluated that the missile did not cross over Japan.

Thursday’s tests come just hours before US Defense Secretary Lloyd Austin is due to meet his South Korean counterpart Lee Jong-sup at the Pentagon.

They also follow a volley of missiles and artillery shells fired by North Korea on Wednesday after Pyongyang sounded angry warnings about large-scale joint military exercises involving the United States and South Korea named “Vigilant Storm.” The maneuvers, which began Monday, involve 240 aircraft and “thousands of service members” from both countries, according to the US Defense Department.

On Wednesday, North Korea launched at least 23 short-range missiles of varying types to the east and west of the Korean Peninsula, according to the South Korean Defense Ministry.

It was the highest number of North Korean short-range missiles fired in a single day, and included a ballistic missile that landed close to South Korean territorial waters for the first time since the division of Korea, according to the JCS.

US Ambassador to the UN Linda Thomas-Greenfield condemned North Korea’s unprecedented missile launch, telling CNN that the UN would be “putting pressure” on China and Russia to improve and enhance such sanctions.

Thursday’s launches take the count of North Korean missile tests to at least 30 so far this year, according to a CNN tally – though the count of individual missiles is far higher.

The weapons fired include both cruise missiles and ballistic missiles, the latter of which have formed the large majority of North Korea’s tests this year.

There are substantial differences between these two types of missiles.

A ballistic missile is launched using a rocket or rockets, then travels outside of Earth’s atmosphere, gliding in space before reentry and then descending powered only by gravity to its target.

A cruise missile is powered by a jet engine, stays inside Earth’s atmosphere during its flight and is maneuverable with control surfaces similar to an airplane’s.

Cruise missiles have smaller payloads than ballistic missiles, so would require a smaller nuclear warhead than a missile designed to hit the mainland United States, such as an intercontinental ballistic missile.

United Nations Security Council resolutions ban North Korea from testing ballistic missiles, but no such restriction applies to the testing of cruise missiles.

North Korea’s ability to deploy a nuclear warhead on any kind of missile is unproven.