Pelosi stops in Hawaii and reveals her Asia plans. But no mention of Taiwan 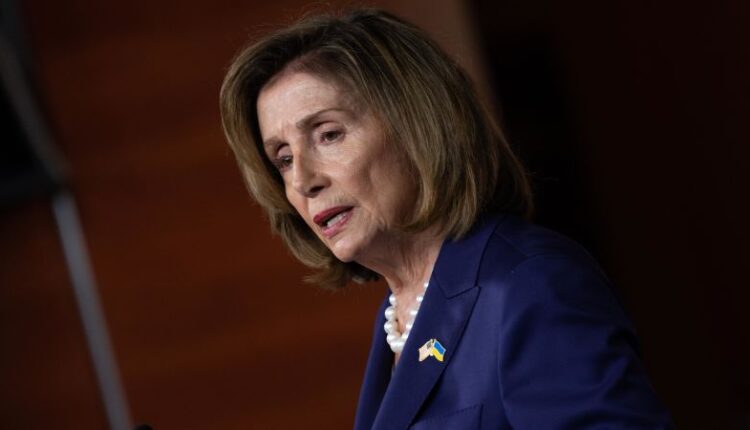 US House Speaker Nancy Pelosi is heading to Asia for a tour of the region after landing in Hawaii, where she visited the Pearl Harbor Memorial and the USS Arizona.

Pelosi is leading a Congressional delegation to the Indo-Pacific and plans to visit places including Singapore, Malaysia, South Korea and Japan, according to a statement released by her office on Sunday.

The statement made no mention of Taiwan, despite speculation in recent days that Pelosi might be planning to visit the self-governing democracy of 24 million people.

China’s Communist Party, which claims Taiwan as part of its territory – despite never having controlled it – has warned against Pelosi visiting the island, and US President Joe Biden recently let slip that the US military thinks such a trip would be “not a good idea right now”. However, US lawmakers on both sides of Washington’s political divide have urged her to go.

“Today, our Congressional delegation travels to the Indo-Pacific to reaffirm America’s strong and unshakeable commitment to our allies and friends in the region,” Pelosi said in the statement released by her office.

She said high level meetings will be held in each country to “further advance our shared interests and values, including peace and security, economic growth and trade, the Covid-19 pandemic, the climate crisis, human rights and democratic governance.”

Pelosi said the delegation had received a briefing from United States Indo-Pacific Command leadership after a fuel stop in Hawaii, where they visited the Pearl Harbor Memorial and the USS Arizona.

“Under the strong leadership of President Biden, America is firmly committed to smart, strategic engagement in the region, understanding that a free and flourishing Indo-Pacific is crucial to prosperity in our nation and around the globe,” Pelosi said.