Premarket: Stocks are itching for a turnaround. This won’t help 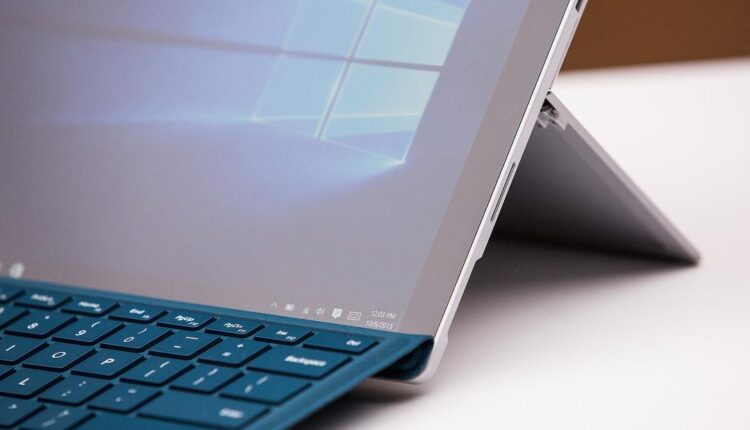 What’s happening: Microsoft now expects revenue of between $51.9 billion and $52.7 billion between April and June, about $460 million lower than its previous estimate. It cited “unfavorable foreign exchange rate movement” through May.

What Microsoft was referring to was the US dollar’s breakneck rally. Last month, it reached its strongest level against other major currencies in roughly two decades. It’s fallen back since, but remains up more than 6% year-to-date.
The greenback’s climb is being fueled by rising interest rates in the United States, which boosts interest from foreign investors eager to net higher returns. And while US recession risks are increasing, economic conditions look much more solid than in Europe, which has greater exposure to the war in Ukraine, and in China, which is only just starting to lift strict coronavirus restrictions in big cities.

“The rest of the world is slowing down aggressively,” Jordan Rochester, a foreign exchange strategist at Nomura, told me.

Dollar strength is a sign of confidence in the US economy. But it also has consequences for American firms with a global footprint, making it harder for customers in other countries to afford their products and reducing the value of international sales and profits.

“They’re going to have less earnings from abroad,” Rochester said.

Microsoft isn’t the only member of Corporate America to indicate that its results will be affected by the dollar’s rapid ascent.

The market took Microsoft’s warning in stride. Nicholas Colas, cofounder of DataTrek Research, said that could encourage other companies to follow suit and tell investors that their results may not be as rosy as they’d predicted.

But he cautioned that Wall Street may not respond as sanguinely across the board. Microsoft, he said, is an “extremely well-managed company with a strong competitive advantage that is still expected to grow earnings this quarter and next.”

“How the market deals with negative guidance from second-tier companies will be the real tell about whether all the bad news is baked into stock prices,” Colas said.

The takeaway: Some investors that have been waiting on the sidelines are eager to start dipping their toes back into the market, ferreting out opportunities to snap up shares at more compelling prices. But a wave of negative guidance on earnings — because of the strength of the dollar, or other factors — could take stocks even lower as Wall Street recalibrates expectations.

Is Apple about to tease its metaverse vision?

Apple (AAPL) is holding its annual developer conference this week, where it’s expected to show off new software coming to its most popular devices.

Details, details: The Worldwide Developers Conference kicks off virtually on Monday and runs through Friday. Apple is due to unveil its latest operating system, iOS 16, which could reportedly include a revamped notification center and lock screen for iPhones, as well as new health features and social features for iMessage.

Other rumors point to new TV OS features, which could tie into the smart home; an upgrade to Apple Watch OS that would boost the battery life; and a new MacBook Air.

That’s not all: Some analysts think Apple could offer a sneak peek of a platform called RealityOS. The system could power the mixed reality headset — a wearable device that’s said to be capable of both virtual and augmented reality — that Apple has been rumored to be working on for years.

Daniel Ives, an analyst with Wedbush Securities, has taken to calling the possible hardware product “Apple Glasses,” an apparent nod to Google’s failed foray into smart glasses. In an investor note this week, Ives said he expects Apple to “hit on a number of AR/VR technologies to developers that the company plans to introduce.”

“Ultimately this strategy is laying the breadcrumbs to the highly anticipated AR headset Apple Glasses set to make its debut likely before holiday season or latest early 2023,” he said.

Cook has long been vocal about Apple’s vision to dive deeper into AR, calling it “the next big thing” and “a critically important part of Apple’s future.”

Investor insight: Apple’s shares have been hammered by a sell-off in the tech sector this year, falling more than 18%. The S&P 500 is down nearly 14%.

Could the company’s metaverse ambitions breathe new life into the stock? It’s worth noting that the company’s wearables business, which includes the Apple Watch, has doubled in three years. It’s now almost the size of a Fortune 100 firm in its own right.

Boris Johnson’s leadership is at risk. Markets are shrugging

British Prime Minister Boris Johnson will face a vote of confidence on Monday triggered by discontented lawmakers in his own party.

The calculus: If 180 Conservative lawmakers — a simple majority — vote against Johnson, he will cease to be leader of the governing Conservative Party and will be removed from office, less than three years after winning a general election in a landslide. If Johnson wins the vote, he will remain both as leader of the party and as prime minister.

Johnson’s premiership has been shaken by the “Partygate” scandal, with months of allegations of parties and gatherings at the heart of his government during various stages of pandemic lockdown eroding confidence in his leadership.

A damning report by a senior civil servant, published late last month, found a culture of partying and socializing among Johnson’s staff while millions of Britons were banned from seeing their friends and relatives. He has also been criticized for his response to the cost-of-living crisis.

Johnson could cling to power. Several of his top ministers have declared their support, including Chancellor Rishi Sunak, who said he “will continue to back him as we focus on growing the economy, tackling the cost of living and clearing the Covid backlogs.”

While investors usually like stability, that could actually hurt UK assets this time, given the Johnson government’s ambiguous agenda, especially on the economy. The British pound — which has plunged almost 8% against the US dollar this year — rose 0.6% to $1.26 on Monday.

Apple’s event will be livestreamed. It is set to start at 1 p.m. ET.

Diablo IV’s Fifth Class Is The Necromancer, See It In Action