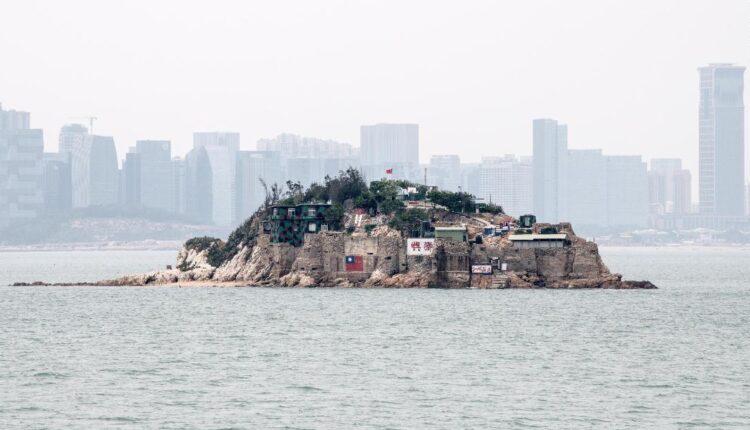 The drone was spotted shortly after midday Thursday above the waters of Lion Islet, a small island in the Kinmen County grouping that is controlled by Taiwan and lies about 4 kilometers (2.5 miles) from the shore of Xiamen, China.

The Kinmen Defense Command, a branch of Taiwan’s Ministry of National Defense, said the drone was shot down after warning flares failed to drive it away.

This is the latest in a string of similar incidents to have taken place near the offshore group of islands.

Unidentified drones have been reported in the Kinmen area for four days in a row but this is the first time one has been shot down by Taiwan.

On Tuesday, Taiwanese soldiers fired flares at three unidentified drones that flew near Kinmen and warning shots at one that re-entered the area.

It is not clear who is flying the drones, though China’s Ministry of Foreign Affairs said on Thursday it was “not aware of the situation” and that it was “pointless for (Taiwan) to exaggerate the tension.”

After Tuesday’s incident Taiwan’s President Tsai Ing-wen said she had ordered the Defense Ministry to take “forceful countermeasures” against what she said were Chinese grey zone warfare tactics.

On Wednesday, Taiwan’s Ministry of National Defense reinforced that message at an international press conference called in response to Chinese military exercises in August, saying it will “act in accordance with operational orders to exercise our rights of self-defense.”

Tensions between Taiwan and mainland China have been raised since a visit by US Speaker Nancy Pelosi to Taipei in August. China’s Communist Party claims Taiwan, a self-governing democracy, as part of its territory despite never having governed it and has long vowed to “reunify” the island with the Chinese mainland, by force if necessary. China responded to Pelosi’s trip by ordering days worth of military drills around Taiwan.

On Monday, asked about reports of private drones flying in the Kinmen area, a spokesperson for China’s Ministry of Foreign Affairs responded: “Chinese drones flying over China’s territory — what’s there to be surprised at?”