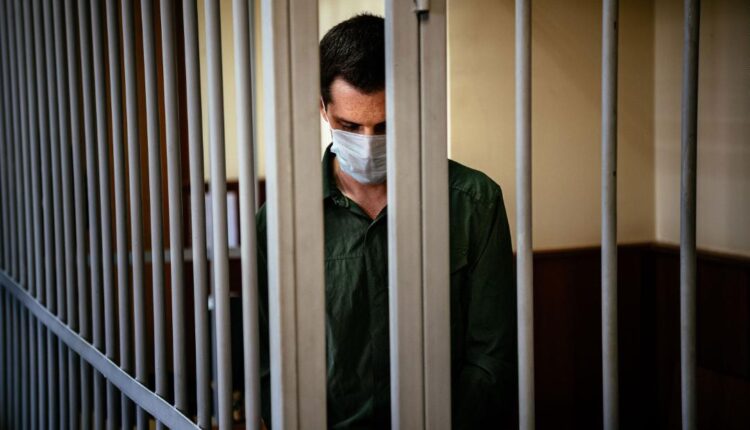 “This petition is to hold Russia accountable for wrongful imprisonment, mistreatment and violations of human rights,” Reed said on CNN’s “New Day” as he marked 48 days since he was released in a prisoner swap.

Reed and his representatives are asking the UN Working Group on Arbitrary Detention, which investigates cases that might violate human rights law, to declare his detention arbitrary and unlawful, the statement said.

“They fabricated this crime in order to hold me there for political purposes,” Reed said, “and this is the first step in seeking justice and ending Russian hostage diplomacy.”

Reed, 30, was sentenced to nine years in prison after being accused of endangering the “life and health” of Russian police officers in a 2019 altercation. He and his family have denied the charges against him. But he did not return home until the United States exchanged him in a prisoner swap with Russia in late April, after his family raised concerns about his health.
Holding Russia accountable will “force Russia to end this practice for all Americans that they’re holding there, including Paul Whelan and Brittney Griner,” Reed told CNN.

Whelan, a US citizen and former Marine, was detained at a Moscow hotel in December 2018 and arrested on espionage charges, which he has denied. He was sentenced in 2020 to 16 years in prison in a trial US officials denounce as unfair.

Griner — a player for the WNBA’s Phoenix Mercury who plays in Russia during that league’s offseason — was arrested in February at a Moscow airport when Russian authorities claimed cannabis oil was found in her luggage. In May, a State Department official told CNN she had been officially classified as “wrongfully detained.”

Whelan has “been there for three and a half years and I’ve been released already for 48 days. We need to get him out of there, as well as Brittney,” Reed said. “If it takes exchanging someone, we need to do that.”

Reed was released as part of a prisoner exchange with the US for Konstantin Yaroshenko, a Russian smuggler convicted of conspiring to import cocaine. The US commuted Yaroshenko’s sentence.

CNN has reached out to the UN and Russia’s Permanent Mission to the UN for comment.

CNN’s Dakin Andone and Artemis Moshtaghian contributed to this report.

Cambodian court jails American lawyer, dozens of others for treason