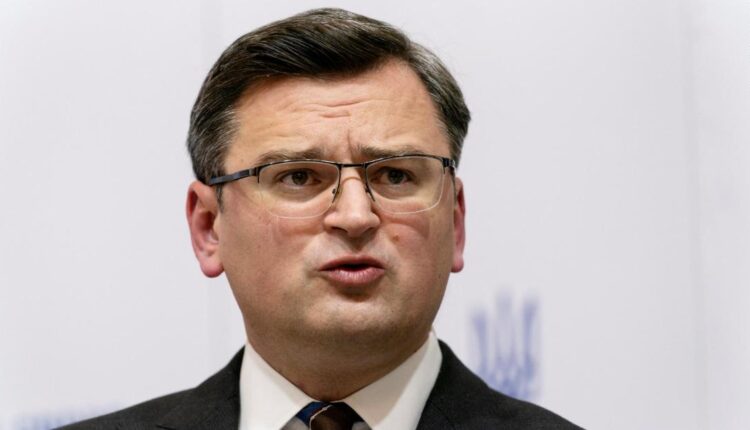 Kuleba told reporters in Kyiv that Russian troops could attack Ukraine at any time, as had been the case since 2014 when Russia annexed Ukraine’s Crimean peninsula, but currently would not be able to mount a full offensive.

“The number of Russian troops amassed along the border of Ukraine and in occupied territories is large, it poses a threat — a direct threat to Ukraine,” said Kuleba.

“However, as we speak this number is insufficient for a full-scale offensive along the entire Ukrainian border. They also lack some important military indicators and systems to conduct such a large full-scale offensive,” he added. “We can say 100 times a day invasion is imminent, but this doesn’t change the situation on the ground.”

Ukraine has warned that Russia is trying to destabilize the country ahead of any planned military invasion. Western powers have repeatedly warned Russia against further aggressive moves against Ukraine.

The Kremlin denies it is planning to attack and argues that NATO support for Ukraine — including increased weapons supplies and military training — constitutes a growing threat on Russia’s western flank.

Kuleba told reporters that a military invasion is not the only threat to Ukraine.

“We see a scenario of destabilization of Ukraine and that scenario is imminent, it’s already taking place — by spreading panic, by putting pressure on Ukraine’s financial system, by conducting cyber-attacks against Ukraine,” he said.

“I am certain President [Vladimir] Putin would be happy to see this plan succeed so he doesn’t even have to resort to military force to put Ukraine in an extremely vulnerable position.”

He added: “Priority number one today is to keep things under control, to be realistic in the assessment of immediate threat while not diminishing the threat of potential military invasion.”

“I am optimistic. I believe that full scale war is very, very, very difficult to expect but we may see more localized conflict, unfortunately,” Korsunsky said during a speech in Tokyo about Ukraine-Japan relations.

“But if it comes to military terms, let me tell you, we are very much ready. Our army is very well prepared. And you have a population which is very well motivated,” Korsunsky said.

“It is an absolute nonsense to think, as some Russian analysts say, that once we see the approaching of Russian forces, there will be uprising, there will be change in the government. No way,” he added.

A source close to the Ukrainian leadership told CNN on Tuesday that the latest military intelligence suggests Russian forces are not yet prepared to stage an imminent invasion into the country.

Russia will not allow ‘endless discussion’

Russian Foreign Minister Lavrov addressed the country’s State Duma on Wednesday and repeated his desire for assurances from the US regarding security measures.

Lavrov met with US Secretary of State Antony Blinken in Geneva, Switzerland, on January 21, and Russia has submitted “concrete requests,” he said.

Russia has asked the US and NATO for certain security guarantees, including binding pledges that NATO won’t admit Ukraine or expand further east.

“We will not allow any attempts to wind up our initiative in endless discussion,” said Lavrov on Wednesday. “If there won’t be any constructive response and the West will continue its aggressive line, then as the President said multiple times, Moscow will take appropriate response measures.”

The US gave Moscow its written responses aimed at deterring a Russian invasion of Ukraine, Blinken announced Wednesday.

The response was delivered in person to the Russian Ministry of Foreign Affairs by US Ambassador to Russia John Sullivan. The written document outlined areas where the US has publicly said it sees potential for progress with Russia — arms control, transparency and stability, the top US diplomat told reporters at the State Department.

The purpose of providing the response in written form — a demand Russia has made since they put written ideas forward in December — is to fuel the diplomacy the US hopes will deter a Russian invasion of Ukraine, State Department officials said earlier.

“We’re taking this step by step, but we don’t want to be the ones to foreclose the possible diplomatic solution,” a senior State Department official told reporters after the meeting in Geneva.

Blinken said in Geneva that US and Russian officials would meet again after the written proposal was sent to Russia.

Later on Wednesday, Ukrainian negotiator Adriy Yermak said that all parties were in support of a permanent ceasefire and that Ukraine was ready to negotiate around the clock to prevent war and to de-escalate tensions around the border.

Yermak was speaking after hourslong talks between Ukraine and Russia at the Elysee Palace in Paris under the Normandy Format — a four-way conversation between representatives from Ukraine, Russia, Germany and France.

He said that the renewal of the Normandy Format talks, first initiated after the 2014 Crimea invasion, was a “very positive signal,” and that talks would resume in about two weeks in Berlin.

Meanwhile, Kristina Kvien, the top US diplomat in Ukraine, told CNN’s Sam Kiley that arms shipped to the country on Wednesday are ready to be deployed.

“We are trying to make it very clear to Russia that if they go in, it will not be easy,” said Kvien, the US chargé d’affaires.

The 300 Javelin anti-tank missiles, 800 bunker-busting bombs and hundreds of thousands of rounds of ammunition delivered by the US “can be deployed immediately,” she added. “They can be deployed to the border.”

“I have been here over two-and-a-half years,” she said. “I can tell you, Ukrainians will fight. They are patriotic, they will stand and fight.”

Moscow risks being made “an international pariah” if it invades its neighbor, she added.

“I don’t think that’s necessarily a legacy you want to leave,” she said of President Putin.

A Sequel To Mortal Kombat Reboot Film Is In The Works, Writer Attached To Project