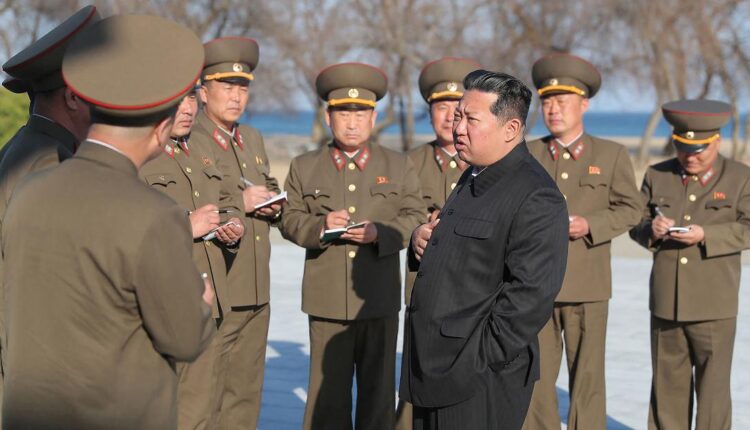 “The things we have noticed in the past for a launch are the things we are noticing now,” the official said. The launch site under satellite observation is located near Pyongyang. The official would not detail specifics of the current imagery, but typically, intelligence analysts look for signs of scaffolding or other launcher equipment, fueling, vehicles and personnel.

Biden sets off for South Korea on Thursday and will hold meetings with South Korean President Yoon Suk Yeol before traveling to Japan on Sunday where he is set to meet with the leaders of Japan, Australia and India.

North Korea has conducted a number of ballistic missile tests this year, and US military and intelligence agencies assess Pyongyang may also be preparing for its first underground nuclear test in nearly five years.

The US now believes that a North Korean missile launch on May 4 was a failed ICBM that exploded shortly after launch.

The US also had assessed that two ballistic missile tests on February 26 and March 4 involved a new ICBM that is under development by North Korea. According to the Pentagon the missile was originally shown for the first time at the Korean Workers Party parade on October 10, 2020. The tests earlier this year were intended as an evaluation and did not try to demonstrate the range of the ICBM. A test of the missile’s range could come come later.

After making those findings public in March, the Pentagon increased surveillance activity in the Yellow Sea as well as “enhanced readiness” of US missile defenses in the region.

CNN reported earlier this month that US military and intelligence agencies assess that North Korea could be ready to resume underground nuclear testing.

That assessment concluded that Kim Jong Un’s government was making preparations at the Punggye-ri nuclear test site and could be ready to conduct a test by the end of the month. Signs of personnel and vehicle activity at the site had been seen through satellite imagery, but the officials do not know if the regime has placed nuclear material in one of the underground tunnels at the test site, which the US has been closely watching.

If North Korea conducts a test, it would be the country’s seventh underground nuclear test and first since 2017.

“In the event of a North Korean provocation during the SK-US summit period, depending on the nature of the provocation, a plan B has been prepared so that the two leaders can immediately begin the command and control system of the combined defense posture, even if the existing schedule is changed,” Kim said.

Biden and Yoon will discuss the most effective measures for deterring North Korean nuclear missiles along with other global issues, including issues in the Indo-Pacific and economic security, according to Kim.

A summit between Biden and Yoon will take place shortly after their photo op at the presidential palace at 1:30 p.m. local time on Saturday, according to Kim. The two leaders will later hold a joint news conference before attending a dinner at the National Museum of Korea, Kim said.

Biden’s trip to the region this week is only the latest instance where a US president has traveled to Asia amid the threat of a nuclear test: Pyongyang was preparing for a test in 2014 when then-President Barack Obama traveled to South Korea, and the country conducted a test soon after Obama and other leaders departed Asia in 2016.

CNN’s Jeremy Herb and Yoonjung Seo contributed to this report.

Deathverse: Let It Die Will Get Two Open Betas And The First One Happens Next Week