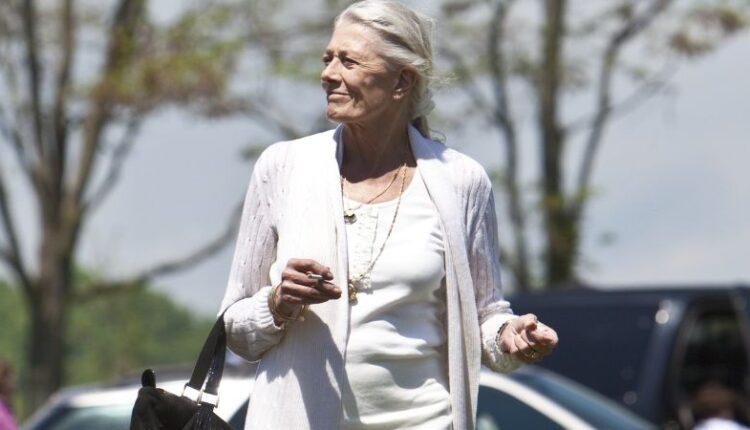 Here’s a look at the life of award-winning actress Vanessa Redgrave.

Education: Attended Central School of Speech and Drama in London, 1955-1957

Many members of the Redgrave family are/were actors, including her grandparents, parents, brother Corin, niece Jemma, sister Lynn, and daughters Natasha and Joely.

Her London stage debut and her first film role were both opposite her father, Sir Michael Redgrave.

She has worked professionally with all three of her children, her parents, siblings and niece.

Redgrave and her “Camelot” co-star Franco Nero had an affair and a son, in the late 1960s. They reunited in 2006 and held a private commitment ceremony with family and friends. The couple starred in “Letters to Juliet,” which has a plot similar to their real-life story.

Has been nominated for six Oscars and won once.

Has been nominated for three Tony Awards and won once.

Has been nominated for six Emmy Awards and won twice.

1957 – Stage debut in “The Reluctant Debutante” at the Frinton Summer Theatre in Frinton-on-the-Sea.

April 10, 1967 – Redgrave and her sister Lynn, lose the Best Actress Oscar to Elizabeth Taylor for “Whose Afraid of Virginia Wolfe?” Vanessa’s nomination is for “Morgan: A Suitable Case for Treatment” and Lynn’s is for “Georgy Girl.”

1974 – Unsuccessfully runs for a seat in parliament on the Workers Revolutionary Party ticket.

1977 – “The Palestinian,” a television documentary on the Middle East conflict, produced and narrated by Redgrave is made. Its opening in Beverly Hills in early 1978 is marked with protests and the firebombing of one theater.

April 3, 1978 – Wins Best Supporting Actress Academy Award for “Julia.” Her acceptance speech is booed as she airs her political agenda and makes reference to “Zionist hoodlums” and her stance against anti-Semitism and fascism.

1979 – Again runs for a seat in parliament on the Workers Revolutionary Party ticket and loses.

September 13, 1981 – Wins Emmy for Best Actress Limited Series or a Special for “Playing for Time.”

September 10, 2000 – Wins Emmy for Best Supporting Actress in a Miniseries or Movie for “If These Walls Could Talk 2.”

June 22, 2004 – The first 10 episodes of the television program “Nip/Tuck” airs with Vanessa and her daughter Joely Richardson playing mother and daughter.

November 2004 – Redgrave and her brother, Corin, launch a new political group, the Peace and Progress Party, to protest the war in Iraq.

February 21, 2010 – Is presented with the Academy Fellowship at the British Academy of Film and Television Arts (BAFTA) awards by Prince William.

Spring 2010 – Both of her siblings die, brother, Corin, after a short illness and sister, Lynn, of breast cancer.

May 2, 2013 – Appears on British television in “The Call Out,” an episode of “Playhouse Presents” written and directed by son Carlo Nero.

May 18, 2017 – “Sea Sorrow,” a documentary about the refugee crisis that marks Redgrave’s directorial debut, premieres in a special screening at the Cannes Film Festival.

February 7-9, 2019 – The play,”Vienna 1934-Munich 1938,” opens as a work in progress at London’s Rose Theatre Kingston, starring Redgrave and her granddaughter, Daisy Bevan.

December 31, 2021 – Redgrave receives a Commander of the Order of the British Empire and becomes a dame in the Queen’s New Year’s honors list.