Why enemies Lebanon and Israel are talking now 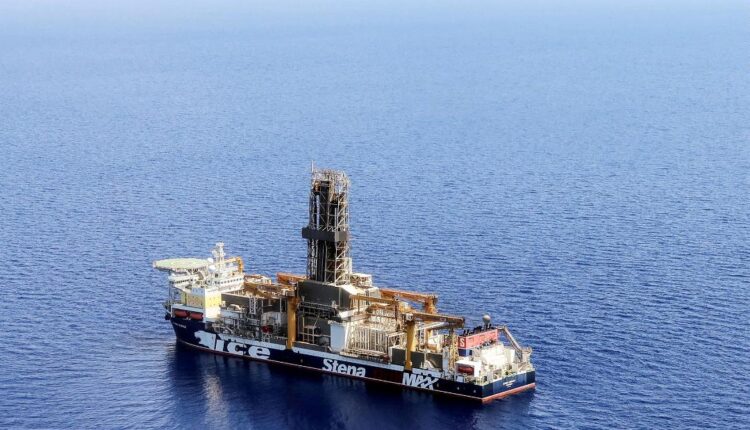 At its heart is the gas-rich Karish field located in the eastern Mediterranean Sea, which Israel has plans to start exploiting.

The US Geological Survey estimated in 2010 that the Levantine basin could hold as much as 1.7 billion barrels of recoverable oil and 122 trillion cubic feet of gas. For comparison, that would make the basin’s gas reserves equal to about 7% of Russia’s reserves, the world’s biggest.

Orna Mizrahi, a senior research fellow at the Israeli Institute for National Security Studies, said in a briefing to reporters on Sunday that the main issue preventing an agreement between the two sides was a “change in the Lebanese stance” on where the maritime border between Israel and Lebanon lies.

What is the current Lebanon-Israel dispute about?

The crux of the dispute is actually about the maritime economic boundary between the two countries, and how to calculate the border line that extends from Lebanon and Israel’s land border.

For years the area under dispute covered around 860 square kilometers, with Lebanon claiming its maritime border lay to the south of Israel’s claim. Under those border lines, the Karish field lay well within Israel’s claimed area.

But recently, Lebanon revised its original maritime border claim, moving it further south and adding about another 1,400 square km than originally claimed, according to Mizrahi. The extra area includes part of the Karish field where Israel is running explorations.

Why has this dispute flared up now?

On June 5th, when London-based oil and gas exploration company Energean arrived to begin development of Karish on Israel’s behalf, Lebanon argued the field should not be developed until it had concluded talks to delineate the maritime boundary.

Why do these talks matter?

Struggling with a crippling economy and fragmented government, Lebanon is in desperate need of new sources of revenues from oil and gas exploration, while Israel is keen to position itself as a new natural gas supplier to Europe as an alternative to Russia. Delineating the boundary would allow both parties to exploit the Mediterranean’s resources without legal hurdles or threats of possible military confrontation.

“Lebanon, more than Israel today, needs this deal,” said Lebanese energy expert Laury Haytayan, adding that a deal would also provide security for Israel allowing it to explore and drill without the “constant danger of potential escalation” with Lebanon.

What is the current status of the talks?

The US has proposed a compromise solution, which would create an S-shaped maritime economic boundary between the two countries. Under the proposal, all of Karish would go to Israel, while most of Qana, another field that has potential for commercially-viable gas, would go to Lebanon.
US mediator Amos Hochstein said in an interview with US-based Al-Hurra TV that a proposal Lebanese officials presented to him will enable negotiations “to go forward.”

The US issued new Iran-related sanctions on Thursday, according to the US Treasury Department. The new sanctions targeted Chinese and UAE companies and a network of Iranian firms that help export Iranian petrochemicals.

Israeli police say they have concluded the investigation into police actions during the funeral procession of slain Al Jazeera correspondent Shireen Abu Akleh in Jerusalem last month. Instead of releasing any details of the investigation or findings, police issued a statement, in which Israeli Police Commissioner Kobi Shabtai acknowledged Abu Akleh’s funeral had been a “complex event,” adding, “it is impossible to remain indifferent to the harsh images.” Israeli media has widely reported that no police officers on duty, or their commanders, will be penalised for their actions.

A street sign honoring slain Saudi journalist Jamal Khashoggi was unveiled outside the Saudi embassy in Washington, DC on Wednesday, with DC Council chairman Phil Mendelson saying that “the District is creating a memorial in his honor that cannot be covered up or repressed.”

Egypt on Thursday retrieved five pharaonic artifacts smuggled out of the North African country that were seized by Kuwaiti customs in 2019, said the MENA state news agency.

The artifacts were statues of Egyptian pharaohs, including Amenhotep III and Amun-Ra, as well as the ancient Egyptian god Horus. Amongst them was also a stone mural.

Three of the artifacts date back to 1400 BC, said the state-run Kuwait News Agency, adding that this was the second time that Kuwait had returned stolen artifacts to Egypt. In 2018, the Gulf nation returned a wooden casket cover to Egypt.

Theft and smuggling of antiquities increased in Egypt after the 2011 uprising, which saw relics stolen from museums as well as through illegal excavations. The North African country has been pushing forward with efforts to locate and retrieve its stolen treasures.