Why Kaliningrad, Russia’s toehold in Europe, could be the next flashpoint in its war against Ukraine 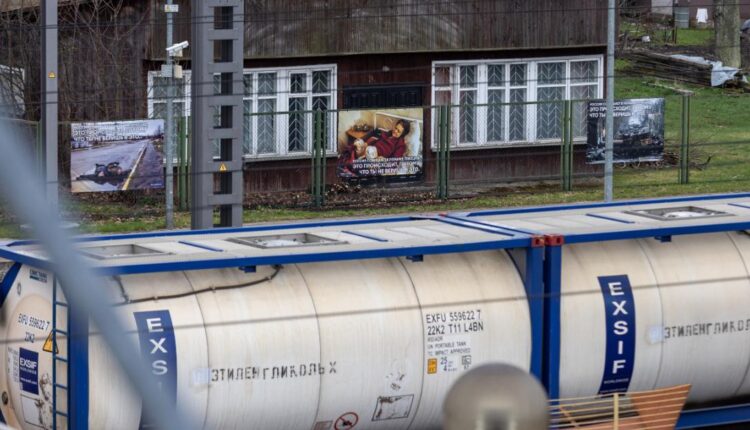 Russia has reacted furiously after Lithuania banned the passage of sanctioned goods across its territory and into Kaliningrad. But Lithuania says it is merely upholding European Union sanctions, and the European bloc has backed it.

The row now threatens to escalate strains between Moscow and the EU, which has unveiled several packages of sanctions on Russian goods.

Here’s what you need to know about Kaliningrad, its history and its importance to Russia.

Since Russia invaded Ukraine in late February, experts have feared that Kaliningrad could become a flashpoint in tensions between Moscow and Europe.

It is Russia’s westernmost territory, and the only part of the country surrounded by EU states; Lithuania stands between it and Belarus, a Russian ally nation, while Poland borders it to the south.

On Monday, Kremlin spokesman Dmitry Peskov said the move was unprecedented and that Russia considered it illegal. “It is part of a blockade, of course,” he said. Other Russian officials have threatened a response.

Nikolai Patrushev, secretary of the Security Council of the Russian Federation, said, “Russia will certainly respond to such hostile actions. Measures are being worked out in an interdepartmental format and will be taken in the near future. Their consequences will have a serious negative impact on the Lithuanian population,” according to Russia’s RIA Novosti state-owned news agency.

The sanctioned products barred from being exported to Russian territory by the European Union include construction machinery, machine tools and other industrial equipment, according to Russian state news agency TASS, citing the Ministry for Economic Development. Some luxury goods are also included.

Lithuania has not imposed “unilateral, individual or additional” restrictions, its foreign ministry said in a statement on Monday.

The Charge d’Affaires of Lithuania in Moscow was summoned to the Russian Foreign Ministry on Monday and told that if freight transit to the Kaliningrad region was not fully restored, Russia reserved the right to take actions to protect its national interests.

But the EU, whose sanctions Lithuania is enforcing by blocking transit, has backed its member state.

Speaking to Reuters, Dmitry Lyskov, a representative of the regional government, was forced to urge residents not to panic buy in response to the spat.

The sanctioned products will now have to travel by sea. A Lithuanian official, Rolandas Kacinskas, said Tuesday that “the transit of passengers and EU non-sanctioned goods to the Kaliningrad region through the territory of Lithuania continues uninterrupted. [Lithuania] hasn’t imposed any unilateral, individual, or additional restrictions on the transit & is acting fully in accordance with EU law.”

Kaliningrad is a Russian exclave sandwiched between Poland and Lithuania. It was captured by Soviet troops from Nazi Germany in April 1945 and then became part of Soviet territory as a result of the Potsdam Agreement. It was renamed from the German Königsberg in 1946.

For decades, it was a heavily militarized region, closed off to foreigners. But in recent years Kaliningrad has become an emerging tourist destination, and it hosted matches during Russia’s 2018 World Cup.

It has a population of around one million, the majority of whom live within or near the capital city of the same name. The exclave is one of the more prosperous regions of Russia, with extensive industry. Its port, Baltiysk, is the westernmost harbor in Russian territory and, significantly, is ice-free throughout the year.

The streets of the main city are lined with grand examples of old German architecture alongside grim, concrete Soviet apartment blocks.

But Kaliningrad’s significance comes mostly from where it lies on the map. A thin strip of land south of Kaliningrad separates it from Belarus and connects Polish and Lithuanian territory. Known as the Suwalki corridor or gap, it is the only overland link between the Baltic states and the rest of the European Union.

Kaliningrad is also the headquarters of the Russian Baltic Fleet. RIA Novosti reported Monday that the fleet had begun previously planned rocket and artillery drills, saying that “about 1,000 military personnel and more than 100 units of military and special equipment of artillery and missile units are involved in the maneuvers.”

In 2002, the EU and Moscow reached an agreement on travel between Russia and Kaliningrad, ahead of Poland and Lithuania joining the European Union in 2004. When those countries joined, the exclave became surrounded on three sides by EU territory. Russia says the 2002 agreement has now been violated.

Kaliningrad’s importance has become even greater to Russia with the planned accession of Sweden and Finland to NATO. Dmitry Medvedev, the deputy chairman of the Russian National Security Council said in May that the accession plans meant it “will no longer be possible to talk about any non-nuclear status of the Baltics — the balance must be restored.”

Russia has long balked at the presence of NATO countries around Kaliningrad. “They moved NATO infrastructure next to our borders,” Russian Foreign Minister Sergey Lavrov told CNN in 2015, after reports that Russia had moved nuclear-capable Iskander missiles to the region. “And this is not United States territory.”

Russia has not acknowledged that it has nuclear weapons based in Kaliningrad, but in 2018 the Federation of American Scientists concluded that Russia had significantly modernized a nuclear weapons storage bunker in the region, based on analysis of satellite imagery.

Since Russia’s invasion of Ukraine, Lithuania has urged NATO to increase the deployment of troops on its territory. In April, President Gitanas Nauseda said that NATO’s Enhanced Forward Presence Battalion should be transformed into “at least” the size of a brigade, and called for reinforcement of the Suwalki corridor.

5 Essential Dead Space Elements That Appear In The Callisto Protocol