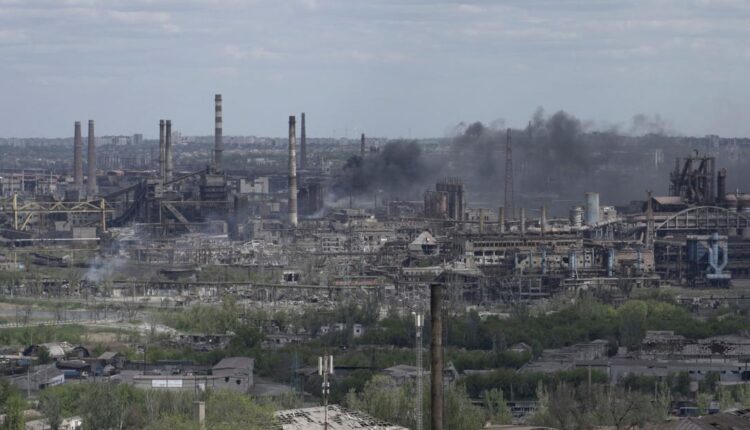 “Fifty-three seriously injured people were evacuated from Azovstal to a medical facility in Novoazovsk for medical care,” she said. “Another 211 people were taken to Olenivka through the humanitarian corridor.”

“Ukraine needs Ukrainian heroes alive,” Ukrainian President Volodymyr Zelensky said Monday in a statement about the evacuation, thanking the Ukrainian military and negotiators, the International Committee of the Red Cross and the United Nations.

“The work continues to bring the boys home, and this work needs delicacy. And time,” he added.

The Russian Defense Ministry had earlier said that a ceasefire had been established to allow the passage of wounded Ukrainian servicemen, according to state news agency RIA Novosti.

Mariupol, a port city on the Sea of Azov, has been the scene of some of the most intense fighting in Ukraine since Russia launched its invasion in late February.

The city became a symbol of Ukrainian resistance during weeks of relentless Russian bombardment.

While most of the city had already fallen to the Kremlin and its allied forces, Ukrainian defenders held out at the massive Azovstal steelworks, where as many as 1,000 civilians sheltered as stocks of food, water and medicine dwindled.

Many civilians have been evacuated. But Ukrainian fighters in the city had, in April, vowed to “fight until the end,” despite being surrounded, low on ammunition and outnumbered by Russian forces.

Russian TV network RT on Monday showed video of around 10 to 12 buses leaving the steel plant. The buses appeared to be a mixture of hospital and ordinary transport, some marked with a red cross.

In her statement, Malyar credited “the defenders of Mariupol” for gaining Ukraine “critical time to form reserves, regroup forces and receive assistance from partners.”

“Unfortunately, we do not have the opportunity to unblock Azovstal by military means,” she said.

The country’s Azov Regiment on Monday also issued a statement saying “the entire Mariupol garrison” was following orders to save lives.

“In order to save lives, the entire Mariupol garrison is implementing the approved decision of the Supreme Military Command and hopes for the support of the Ukrainian people,” the Azov Regiment said in a statement late Monday.

“The defenders of Mariupol fulfilled the order, despite all the difficulties, and distracted the overwhelming forces of the enemy for 82 days.”

Biden approves plan to redeploy US troops to Somalia