Yuan to US dollar: China’s currency still dropping after worst month ever 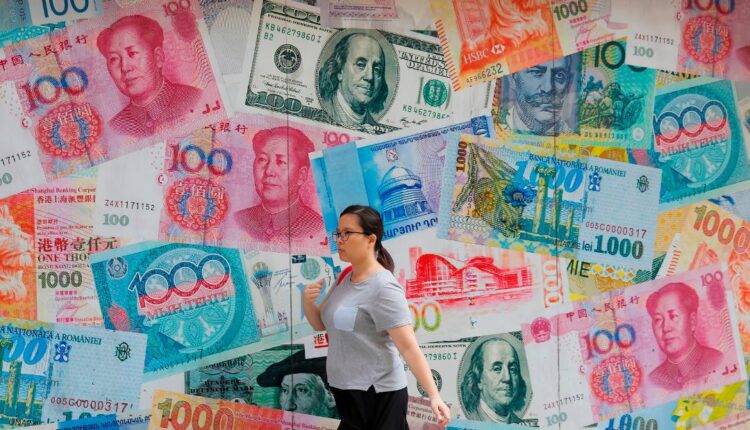 Since the start of the year, investors have been moving money out of China, driven by concerns about rising lockdowns in major cities, and Beijing’s close ties with Moscow in the wake of Russia’s invasion of Ukraine. The links have raised fears that China could be targeted by Western sanctions if it helps Moscow.

The yuan — also known as the renminbi — hit its lowest levels since September 2020 early on Friday in the onshore market that Beijing controls as well as offshore, where it can trade more freely.

The currency recovered later in the day to stand around 6.78 per US dollar. In the past three months, the yuan has lost about 7% of its value against the greenback. In April alone, it posted its biggest monthly drop on record. In the same month, China’s foreign exchange reserves fell by the most since late 2016.

Analysts say a combination of Beijing’s Covid restrictions and rate hikes by the US Federal Reserve have made investors wary about keeping their money in China. The country witnessed record outflows from Chinese bonds in February and March.

“[A] stronger US dollar, dampened sentiment towards China’s economic outlook and narrowed interest rate spread between China and the US all contributed to the rapid depreciation of the currency,” said Goldman Sachs analysts on Friday.

So far, at least 32 cities in the country remain under lockdown, as President Xi Jinping’s government relentlessly pursues its zero Covid policy, which has hit almost every industry and pushed the economy backwards.

Authorities this week tightened Covid restrictions on the country’s two most important cities — Shanghai and Beijing — after Xi pledged to “unswervingly” double down on the strict zero-Covid policy.
Worries over these restrictions intensified further on Friday when China banned citizens from going overseas for non-essential reasons.

“Nervousness around China remaining closed for the near future,” has translated into a preference for the US dollar over the yuan, said Stephen Innes, managing partner for SPI Asset Management in a research note on Friday.

The central bank has tried to limit the damage.

In an unprecedented move, the People’s Bank of China in late April cut the amount of foreign exchange banks must hold as reserves to 8% from 9%.

That stemmed the yuan’s decline for a few days, but it soon started falling again.

A weaker currency has some upside. As the yuan gets cheaper, it makes China’s exports more competitive. This could help the struggling Chinese economy, which saw its slowest pace of export growth in two years last month.

As long as the pace of depreciation is measured, “policymakers might still welcome a weaker currency,” Goldman Sachs analysts said.

But a rapid decline in the currency can spark investor panic and capital flight, destabilizing the economy and triggering chain reactions in international markets.

UBS analysts expect that the yuan could weaken further in the coming months, breaking the level of 7 to the US dollar at some point. The last time it traded below that threshold was in July 2020, after which it started to appreciate as the Fed kept monetary policy loose and the Chinese economy recovered from the pandemic.

Chinese authorities are likely to tighten controls on capital outflows if the depreciation gets out of control, they said.

“The next few days will be key to watch,” Goldman analysts said.