Analysis: Why is Turkey causing problems to Finland and Sweden’s wish to join NATO? 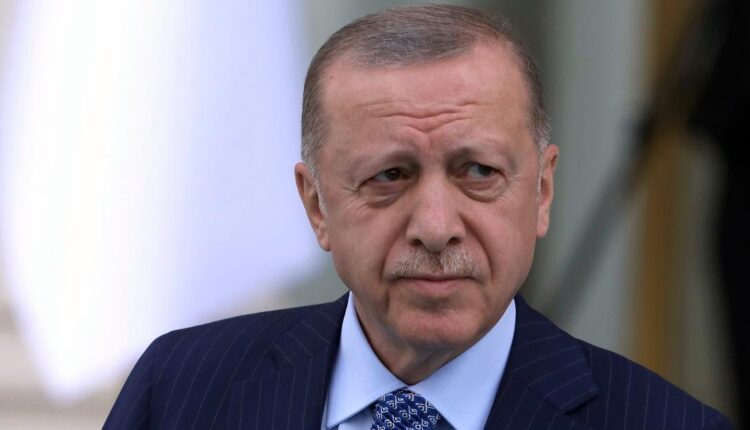 0
Share
President Recep Tayyip Erdogan said he didn’t view “positively” the Nordic countries’ desire to join the alliance, accusing the two of being “like guesthouses for terror organizations.” He told his party lawmakers in Ankara on Wednesday that he expects NATO members to “understand, respect and support” Turkey’s security issues.
Finland and Sweden formally applied to join NATO on Wednesday at Allied headquarters in Brussels, driven by Russia’s invasion of Ukraine. The decision represents a setback for Moscow, with the war in Ukraine triggering the kind of enlargement of the alliance that it invaded Ukraine to prevent.

Accession of new states however requires consensus among existing members, and that’s where Ankara comes in.

Turkey, which joined the alliance three years after it was established in 1949 and has the group’s second largest army, has said it won’t support the bids unless its demands are met.

Erdogan accused the two countries of harboring members of the separatist militant Kurdistan’s Workers Party, also known as PKK. The PKK, which seeks an independent state in Turkey, has been in an armed struggle with that country for decades and has been designated a terrorist organization by Turkey, the United States and the European Union.

The crisis has brought to the fore longstanding Turkish grievances against Western nations and NATO allies, while it has given Ankara an opportunity to use its position in the alliance to extract concessions.

Turkey has complained about the lack of support it has received in its fight against Kurdish militants, which Ankara perceives as its top national security threat. It has accused Sweden of harboring its adversaries and providing support to Kurdish militants in northern Syria, whom Ankara considers an extension of the PKK.

Ankara also says that the two nations haven’t responded to extradition requests, according to state media. The wanted individuals are accused of having links to the PKK as well as FETO — the group led by US-based cleric Fetullah Gulen whom Turkey believes was behind the 2016 failed coup attempt (an allegation Gulen denies).

Finland and Sweden voiced optimism on Tuesday that common ground can be found with Turkey over its objections.

Sweden’s finance minister Mikael Damberg told public broadcaster SVT on Monday that his country is not a “friend of terrorism,” and that it takes “very seriously anything that has to do with terrorism.”

“We will of course use diplomacy, we will clarify any possible uncertainties,” he said.

Swedish Foreign Minister Ann Linde said on Saturday that her country, just like the rest of the EU, considered PKK a terrorist organization. The government has said it is ready to iron out any obstacles in talks with Turkey.

Ankara has also demanded that Sweden and Finland drop an arms embargo that was slapped on Turkey in 2019 following its military offensive in northeastern Syria.

Turkey launched the operation against the Kurdish-led YPG forces that were allied with the United States and other Western nations in their fight against ISIS. The offensive drew condemnation from the US and the EU, and led several European countries to impose an arms embargo on Ankara.

“We would not say yes to those who impose sanctions on Turkey to join NATO,” Erdogan told reporters Monday evening. “Because then NATO would cease to be a security organization and become a place where representatives of terrorist organizations are concentrated.”

The Turkish President is no stranger to fiery rhetoric, particularly around the time of elections, when a boost on the home front could help at the polls. Turkey goes to elections next year and experts believe the current state of the economy — record-high inflation and a currency that has lost nearly half its value in the past year — will cost Erdogan at the polls.

Analysts say that Turkey’s veto in NATO may be used as leverage not just against future members, but current ones too.

“It may not all be about Sweden and Finland,” Asli Aydintasbas, senior policy fellow at the European Council on Foreign Relations wrote in an article. “The president almost certainly sees this as an opportune moment to air his grievances about existing NATO members, especially with the Biden administration, which has kept the Turkish leader at arm’s length.”

A key issue might be the Turkish President’s disappointment at being unable to establish a working relationship with US President Joe Biden as he did with his predecessors, according to Aydintasbas.

Erdogan complained to reporters last month that he and Biden didn’t have the kind of relationship he had with Presidents Trump and Obama. “Of course, there are some meetings from time to time, but they should’ve been more advanced,” he said. “My wish is that we can achieve this in the following process.”

This isn’t the first time Turkey has objected to new members, Aydintasbas pointed out.

“It is unlikely that Erdogan had one specific policy goal in mind, but he will no doubt expect to be cajoled, persuaded, and eventually rewarded for his cooperation, as in the past,” Aydintasbas wrote on Monday referring to previous Turkish veto threats within NATO.

While Turkey has security concerns that even the NATO Secretary General Jens Stoltenberg has said must be addressed, the optics are far from flattering, with Turkey choosing to air its grievances and appear as a spoiler at a time when the alliance’s unity may have never been more important.