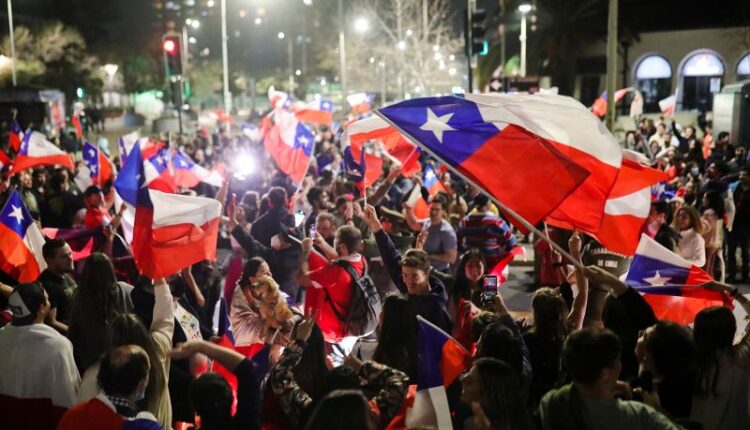 Chilean voters resoundingly rejected a new, progressive constitution in a referendum on Sunday, following a nearly two-year process that aimed to reflect a broader array of voices in the nation’s document.

With almost all of the ballots counted, 62% of voters rejected the proposal with 38% voting in favor, according to the Chile Electoral Service.

The proposed constitution, which had the support of leftist President Gabriel Boric, included 388 articles that would have significantly extended social rights, increased environmental regulation and given the government wider responsibility for social welfare programs. It also would have provided full gender parity and added designated seats for indigenous representatives.

The document was rejected in all of Chile’s provinces, including the more progressive capital of Santiago and its metropolitan area, where voters had overwhelmingly supported Boric last December during the presidential election.

Boric responded to the defeat in a live televised address to the nation after the close of polling on Sunday.

Images from Santiago on Sunday show a sombre mood among supporters of the constitution, while others celebrated the news it had been voted down.

The constitution currently in place was written under the dictatorship of Augusto Pinochet, who ruled Chile with an iron fist from 1973 to 1990. Proponents of the new constitution wanted a break from Chile’s authoritarian past and a document that reflected the interests of communities that, according to them, had been ignored.

The proposed change was initiated in 2020 when then-president Sebastien Piñera called a referendum on creating a new constitution amid social turmoil and popular discontent sparked by a metro fare increase in October 2019.

In October 2020, more than 78% of Chilean voters approved a plebiscite that proposed constitutional change, and in June 2021, they cast their ballots again to pick the members for a constituent assembly.

Supporters were hopeful its progressive stance would be reflected in a new, updated constitution.

And the constitutional process itself was praised internationally for giving the country an institutional way out of a social crisis, and for responding to modern Chileans’ demands for more equality and a more inclusive and participatory democracy.

According to University of Chile professor Robert Funk, removing remnants of the past imposed by Pinochet was a key driver for creating a new constitution.

“The existing constitution in Chile was written originally in 1980 under the military dictatorship of Augusto Pinochet. Since then, it was amended many, many times; but it was always questioned because it was imposed during a dictatorship,” Funk said.

After much deliberation, the final draft of the revised constitution was submitted to Boric, Piñera’s successor, in July this year.

But although most Chilean voters supported the idea of constitutional change back in October 2020, divisions appeared over the proposed draft.

Soon after the draft was made public, different polls began showing an increasing trend toward the rejection of the charter, with the government publicly recognizing that scenario.

The defeated constitution would have been one of the most progressive in the world, giving the state a front-line role in the provision of social rights.

The draft put a strong emphasis on indigenous self-determination and on the protection of the environment, and would have dismantled the highly privatized water rights system. It had required gender equality in all public institutions and companies, and enshrined the respect for sexual diversity. It also envisaged a new national healthcare system.

But the project became bitterly divisive.

The right argued the draft would shift the country too far left, or that it was too ambitious and difficult to turn into efficient laws. In the lead-up to the vote, even some of its supporters on the left wanted adjustments made, with their slogan “approve to reform.”

The opposition has vowed to begin a new process to rewrite the constitution, promising voters the next one will better reflect their interests.

In his speech Sunday, Boric signaled this was not the end of efforts toward reform.

“This decision by Chilean men and women requires our institutions and political actors to work harder, with more dialogue, with more respect and care, until we arrive at a proposal that interprets us all, that is trustworthy, that unites us as country,” Boric said.