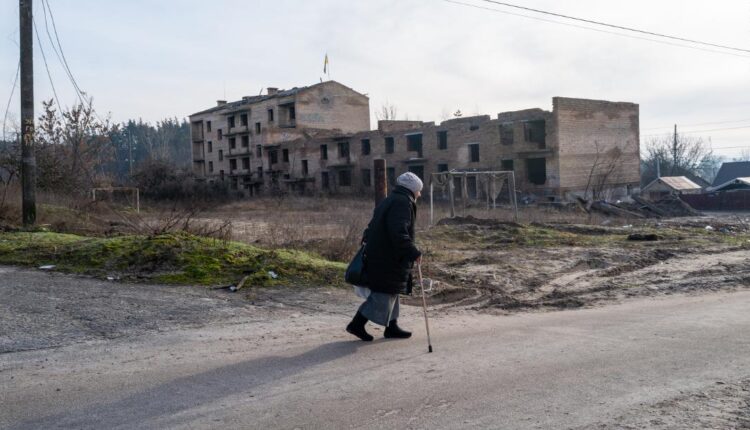 Ukrainian authorities on Tuesday detailed allegations of what they called “torture chambers” discovered in a village in the Mykolaiv region and the city of Kherson.

Mykolaiv’s regional prosecutor’s office, the Security Service of Ukraine (SBU) and forensic experts with the National Police of Ukraine established the location of an alleged “torture chamber” in the village of Oleksandrivka, in the southern Mykolaiv region, after it was taken back from Russian occupation, according to statements from the regional prosecutor’s office and the SBU.

“According to the investigation data, the representatives of the aggressor country seized the houses in the village and illegally held and brutally tortured local residents who refused to cooperate with the enemy,” according to the Mykolaiv prosecutor’s office.

The office also said that “physical evidence was discovered and seized” during the investigation.

The SBU alleged in a statement that “Russians forcibly held and brutally tortured local residents who refused to cooperate.”

“They tried to ‘beat out’ the addresses of Ukrainian patriots, in particular members of the resistance movement,” the SBU claimed.

“The victims were suffocated with plastic bags, beaten with heavy objects and electrical torture was used,” the statement added. “During the inspection of the chamber, law enforcement officers discovered torture tools.”

The SBU said that Ukrainian citizens who were “illegally detained and tortured by the Russians for a month were found.”

CNN cannot independently verify the claims made by Ukrainian authorities.

Another allegation: On Tuesday, the Prosecutor General’s Office of Ukraine also reported another “torture chamber” was discovered in the city of Kherson in “one of the police administration buildings, which Russians used to ensure the functioning of the occupation penal authorities.”

Russia has previously denied allegations of war crimes and claimed its forces do not target civilians, despite extensive evidence gathered by international human rights experts, criminal investigators and international media in multiple locations.

Global markets try to put last year’s misery behind them