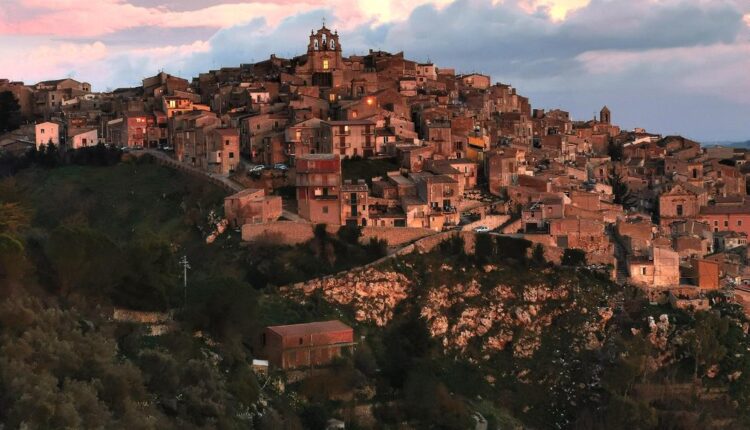 
Editor’s Note — Sign up to CNN Travel’s free nine-part Unlocking Italy newsletter for insider intel on Italy’s best loved destinations and lesser-known regions to plan your ultimate trip. Plus, we’ll get you in the mood before you go with movie suggestions, reading lists and recipes from Stanley Tucci.
(CNN) — When dozens of towns across Italy started selling crumbling buildings for the cost of an espresso, people from all over the world were prompted to grab a slice of the action — and for many different reasons.

It’s not always about chasing the idyllic dream of living La Dolce Vita in a rural, sleepy village where time stands still.

For some, it’s part of a career change: a radical professional upgrade that comes with a more laid-back lifestyle.

The sale of one-euro ($1) and cheap buildings in the Sicilian town of Mussomeli is luring Argentinian doctors with Italian roots, who plan to settle in and give a new twist to their lives.

“Due to a shortage of doctors at the village hospital a partnership has been signed between the university of Rosario in Argentina and our town hall to fill in the vacancies, and soon we will have new Argentinian doctors who speak fluent Italian,” Mussomeli mayor Giuseppe Catania tells CNN.

The partnership started off as a promotional tool to lure foreign investment for Mussomeli’s urban regeneration, says Catania, and now it’s doing more than just addressing a healthcare emergency.

“These new doctors are also interested in contributing to the revitalization projects underway to breathe new life into our depopulating village, including purchasing and restyling abandoned homes in the historical center, which has been our greatest success.”

In recent years Mussomeli has sold over 300 cheap properties, starting at €5,000, and 150 one-euro homes, luring foreign professionals and smart workers. Many new buyers come from Argentina, where Mussomeli families migrated in the 1900s.

‘Taking it easy and slowing down’

A number of Italian-Argentinian doctors recently visited Mussomeli to meet with authorities, school children and future colleagues — and to get a sense of the town’s vibe.

For Rosario-based ER surgeon Leonardo Roldan, moving to Sicily has a two-fold goal.

“I’m still quite young, 49, so it’s more than just a professional shift in my career: It’s the choice of leading a different life, the polar opposite from the one I live in Argentina, and to take my family with me.”

Roldan, who previously lived in northern Italy, says he never quite realized how beautiful Sicily was until he discovered Mussomeli, which also helped him overcome certain preconceptions about the deep south he had picked up while living in the north.

“Mussomeli is a total break from my everyday reality. It’s another world: quiet, peaceful, where locals lead a simple lifestyle. I have come to realize that we should all, at some point in our lives, slow down and take it easy, take more time to savor things of quality.”

To him, Mussomeli is the chance to live a slower-paced life and use his free time to enjoy what he loves most: jogging across the village’s pristine hills dotted with grazing sheep and exploring Sicily’s wonders. He compares it to giving up fast food for slow food

Roldan plans to move from Argentina with his entire family, including the dog, and has already been eying a few properties.

“The town hall has done an amazing job with the cheap homes scheme, and at some point, once I’ve settled down, I might buy and remodel one, as a life project without any rush,” he says.

Initially, he plans to move into a rural house with a a garden on the outskirts of Mussomeli, but if his one-year contract is extended he’d be happy to embark on a one-euro or cheap home remodeling adventure.

“I don’t want it to be an investment, nor turn it into a boutique or commercial activity. It will be a place I can call home for the future.”

Moving to Mussomeli will also allow Roldan to reconnect with his Italian roots, given four of his great-grandparents migrated to Argentina from Italy.

Argentina has been going through an economic crisis, which is also a factor in the decision to move, says Italian-Argentinian pediatrician Diego Colabianchi, from Rosario. His wife, a gynecologist, will likely join the doctors’ ranks in Mussomeli too.

“I’ve studied in Italy, we love and miss living in Italy. The recruitment is an opportunity to go back, and I’m thrilled at the prospect of a life change. I’ve never been to Mussomeli before but I really see myself living there — the small-scale village world, the tranquillity, it just sparks in me endless curiosity.”

Colabianchi says he longs for a new experience in a peaceful setting surrounded by nature and where getting treated to great, authentic Sicilian cuisine is just another plus point.

“At this stage in my life, I couldn’t see myself living even in Rome, too chaotic. But Mussomeli is perfect, not too small, somewhere between a village and a town.

“I love its offbeat location, high up on the mountains, totally the opposite from Rosario’s plain where I now live. Plus, Mussomeli is close to the beaches; there are hills, olive groves, vineyards, and farmers make great wool.”

The idea of snapping up a dilapidated property and renovating it to help revitalize the old district entices him. But Colabianchi wants to take it one step at a time.

“The first year in Mussomeli will be spent adapting to my new surroundings, but my dream is to remain there and settle down for good, so at a certain point buying a one-euro home, or an abandoned cheap house in better condition, is indeed an option”.

For Buenos Aires-based gastroenterologist Edgardo Trape working as a doctor in Mussomeli is a double challenge.

“I want to start doing different things, and see different things. Above all, I’d like a professional jolt and when I visited Mussomeli, I felt this energy running through the village. It’s full of life.”

Trape says working in Sicily will also allow him to be closer to his children in Europe and fully reconnect with his Sicilian heritage.

“Three of my grandparents came from the city of Caltanissetta, and Mussomeli is part of the same province, so it can’t just be a coincidence.”

Unlike his Rosario colleagues, Trape has some concerns Mussomeli might be just a little too sleepy for him compared to his current life in Buenos Aires, which he says fully satisfies him.

“It’s a small village with a peaceful, subdued vibe. Perhaps it is a bit too quiet [compared to] what I initially expected, which is what hit me when I first visited, but I’m happy and look forward to this experience.”

And potentially, once he starts regularly working at the hospital and has a longer-term view on his Sicilian stay, Trape says he might purchase and renovate an abandoned home.