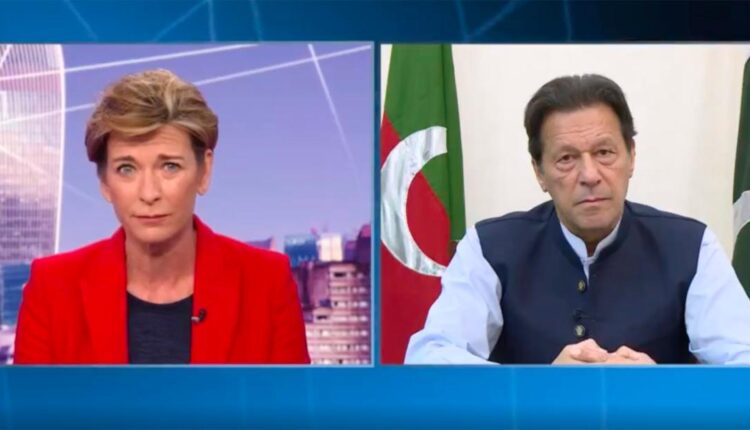 Khan has been making versions of this claim for nearly two months, but has not provided evidence to support it.

Khan — who was removed from office in a no-confidence vote in April — called for a huge nationwide rally to protest his downfall for Wednesday and confirmed he would run again for office at the next election.

“Whenever the next elections take place, not only will we run, but I can predict that this will be the biggest party in Pakistan’s history, because people are so incensed and feel insulted that these criminals have been foisted upon us,” Khan told CNN, referring to Pakistan’s new government.

Khan has repeatedly claimed that Donald Lu, the Assistant Secretary for the US Bureau of South and Central Asian Affairs, had met with Pakistan’s ambassador to Washington in March and told him that Khan should be dismissed from power in the confidence vote. Khan said Monday that Lu threatened “Pakistan will suffer consequences” unless Khan was removed from power. Khan also acknowledged that his official visit to Russia in late February, coinciding with the day of Russia’s invasion of Ukraine, had likely rankled American officials.

“There is no truth to these allegations,” a US State Department spokesperson told CNN, having previously and repeatedly denied involvement in Khan’s ouster.

Khan even suggested in the interview that Lu be fired for interfering with Pakistan’s domestic politics, and “for bad manners and sheer arrogance.”

When asked to provide evidence for his claims, Khan said that there were note takers on both the US and Pakistani sides at the meeting, but did not answer directly when asked whether he would make any notes publicly available.

He said that a cipher — an encoded diplomatic cable — outlining the details of the meeting sent from the Pakistani ambassador had been forwarded to Pakistan’s cabinet. Khan said he also presented the minutes from that meeting to the National Security Council.

Khan has also previously accused Pakistan’s military and opposition led by current Prime Minister Shehbaz Sharif of conspiring with the US, which they both deny.

“People are so incensed and feel insulted that these criminals have been foisted upon us,” Khan said.

Khan’s allegations have become a staple at rallies he has held across Pakistan in a bid to return to power.

His claims have struck a chord with a young population in a country where anti-American sentiment runs high, and anti-establishment feelings are being fueled by a rising cost of living crisis.

He told CNN that there was anger and “anti-Americanism right now” in the country.

On Sunday, he announced that he would lead his supporters on a long rally from the province of Khyber Pakhtunkhwa, where his party still holds power, to the capital, Islamabad, on Wednesday, more than 200 kilometers (120 miles) away.

Khan’s decision to meet with Putin in Moscow on the day Russia began its war has raised eyebrows in the West, though Khan repeated his claims Monday that he did not know Russia would invade that day.

He said he “would regret” going if he had known about the invasion.

Russia had amassed tens of thousands of troops on Ukraine’s border over months before the invasion.

“I have opposed all military ways of achieving political ends,” Khan said.

The trip had been planned for some time and was vital in securing Pakistan’s energy needs, Khan argued, as his country battled soaring inflation and poverty.

He said the two discussed Russian oil, gas and wheat exports to Pakistan.

“My responsibility is for the wellbeing. We have 50 million people living below the poverty line,” Khan said.

“I had perfectly good relationship with the Trump administration,” Khan said. “It’s only when the Biden administration came, and it coincided with what was happening in Afghanistan. And for some reason, which I still don’t know, I never, they never got in touch with me.”