Premarket stocks: The bull market minted millions of day traders. They’re in for a rough ride 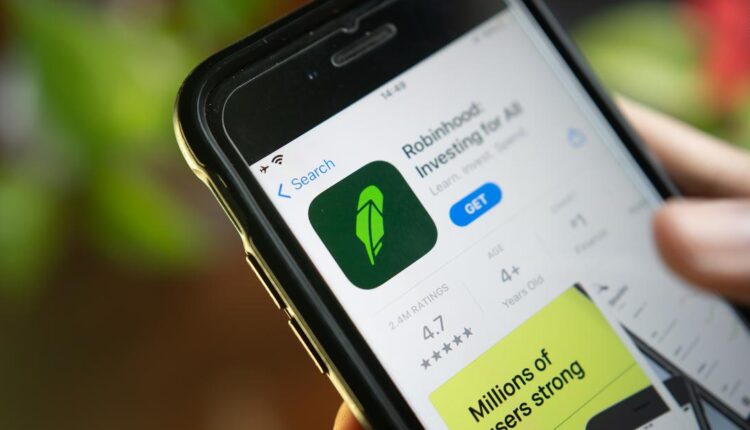 “I see a stock going up and I buy it. And I just watch it until it stops going up, and I sell it,” says the user known as Chad. “I do it over and over and it pays for our whole lifestyle.”

Yes, Chad had discovered momentum trading. And it seemed to work out well for him. Like the millions of people who took up day trading during the pandemic, Chad was riding a thrilling bull market that was bingeing on ultra cheap money from the Federal Reserve.

For newbies, it was hard to go wrong. Pick a stock, any stock, and watch it go up. Now, of course, the joyride is coming to an end almost as rapidly as it began.

What’s happening: To invoke a “Game of Thrones” metaphor: The market is crowded with summer babies, and winter is most definitely coming.

“Turns out investing is kinda difficult when the free money faucet is turned off,” wrote one user on the WallStreetBets Reddit page last week, alongside an apparent screengrab of a stock market data page showing a sea of red.

For traders who’ve only known the thrill of the bull market, 2022 has been a harsh pivot. On the WallStreetBets page — the epicenter of the 2021 meme stock mania — the mood is decidedly less party-like. The rally cries of “diamond hands” and “HODL” have been replaced by jokey memes about bottomless losses.

Wall Street isn’t feeling particularly cheery, either. On Friday, the S&P 500 dipped into bear market territory but evaded closing there by the skin of its teeth. The Dow, meanwhile, notched its eighth-straight weekly loss — its longest losing streak in nearly a century, my CNN Business colleague Matt Egan reports.

There are signs the downturn is putting the retail crowd off. Robinhood, the free-trading app that was instrumental in the amateur investor boom of the past two years, saw its monthly active users decline 10% to 15.9 million in the first quarter of this year.

Still, Wall Street learned the hard way during the GameStop run-up what can happen when you dismiss the power of the Robinhood crowd. And for those who downloaded the app seeking a bit of a thrill during a dark time, now is a great time to stick around, watch and learn.

“I think retail traders are here to stay,” Craig Erlam, a senior market analyst at Oanda, told me. “Never before has it been so easy to trade financial markets… Some will be put off, naturally, but I think there’ll be plenty who won’t. These are very interesting times in the markets, after all.”

Here’s Julia Horowitz, the lead writer of Before the Bell, with a dispatch from Davos, Switzerland, where she’s reporting on the World Economic Forum.

Politicians and business leaders have traded their snow boots and gloves for sneakers and umbrellas as they gather for the first in-person World Economic Forum since the Covid-19 pandemic started.

At this year’s event, which was delayed due to the Omicron variant, there are fewer execs and heads of state from top economies, and the notorious party scene is expected to be more muted.

After all, who wants to be seen popping champagne when the global economy could face a “confluence of calamities,” as International Monetary Fund Managing Director Kristalina Georgieva put it this morning?

“As policymakers and business leaders head to Davos, the global economy faces perhaps its biggest test since the Second World War,” warned Georgieva, who will speak on multiple panels in the coming days.

The global slowdown in growth is one big topic on Monday.

The combined economic output of the G7 countries shrank by 0.1% in the first quarter of the year, compared with the previous three-month period, the OECD said in a new report.

Jason Furman, who previously served as President Barack Obama’s top economic adviser, told me that the United States “is in the least bad shape of any economy in the world.” Consumers are worried about inflation, but they still have a big pot of savings, and spending remains strong.

But he does think the risk of recession climbs in 2023, as the Federal Reserve hikes interest rates to try to bring inflation down.

“I’m more worried about recession risks about one year and further in the future,” he said on the sidelines of the forum. “I think the Fed should be trying for a soft landing. I don’t know that they’ll succeed.”

But most attention at the conference remains trained on the war in Ukraine.

President Volodymyr Zelensky delivered the forum’s opening speech by video to a packed room. He thanked attendees for their support of Ukraine, but asked them to go further, calling for an embargo on Russian oil exports, sanctions on all Russian banks and more funding for the military as well as reconstruction.

“I would only wish you not lose this feeling of unity,” he said. “This creates this punch that the management of the Russian Federation fears the most.”

One talker: Russian officials and oligarchs, long a fixture of Davos, are notably absent this year. The clearest sign of Moscow’s new pariah status? The venue used by Russia to promote itself at past forums has been rebranded as the Russian War Crimes House. Ukraine House, meanwhile, has a full roster of events, including panels with top Ukrainian officials, cultural leaders and the actor Liev Schreiber.

Why vaccines aren’t saving the companies that made them

The companies behind life-saving vaccines are experiencing a hangover on Wall Street this year.

Pfizer (PFE), BioNTech (BNTX) and Moderna (MRNA) all surged spectacularly in 2021, thanks largely to their Covid-19 vaccines and strong sales. But 2022 hasn’t been as kind to them.

Shares of Pfizer are down about 11%, while its vaccine partner BioNTech has fallen 36%. Moderna is down more than 45%.

Step back: Sales of the Covid vaccines aren’t the problem, my CNN Business colleague Paul R. La Monica writes. Part of the issue is that investors already anticipated strong demand and did what traders do best: Buy the rumor and sell the news.

There are still some potential upsides ahead. Health regulators in the United States approved booster doses of the Pfizer/BioNTech shot for 5- to 11-year olds last week. And Pfizer could get an additional boost from Covid treatments thanks to its Paxlovid antiviral pill, which was approved late last year.

Pfizer may be best positioned of the three vaccine makers to thrive beyond Covid. The company has been on a buyout binge lately, most recently announcing plans to acquire migraine drug maker Biohaven for nearly $12 billion.

Moderna is another story. It’s a young company, founded just over a decade ago, and it’s not nearly as diversified as Pfizer. In other words, it needs to find another big blockbuster. Nearly 97% of the company’s sales in the first quarter were from its Covid vaccine. It’s also reeling from a public-relations gaffe: The company’s chief financial officer was forced to resign after just days on the job following the disclosure of financial irregularities that are being investigated at his former employer.

BioNTech, like Moderna, is also a bit of a one-trick pony right now in that nearly all of its first-quarter revenue was derived from the Covid vaccine. Pfizer generated only about half its sales from the vaccine in the first quarter.

Gloomhaven Is Coming To Consoles In 2023