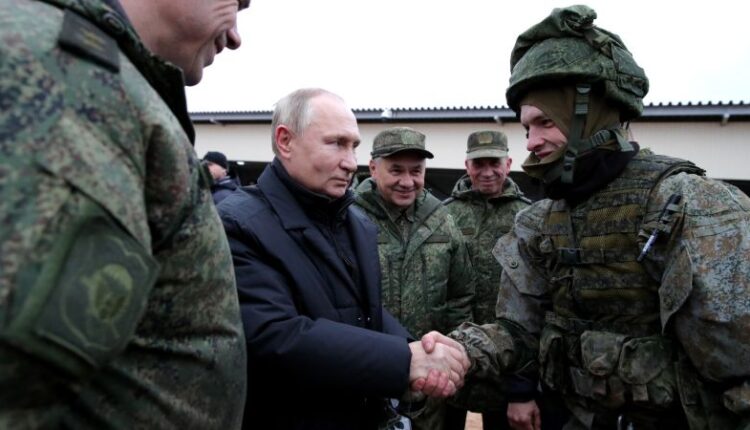 Russia has announced that its “partial mobilization” of hundreds of thousands of citizens to fight in the country’s war on Ukraine has been completed, bringing to an end a controversial draft that sparked protests and an exodus of men from the country.

The Russian Ministry of Defense said Monday that all partial mobilization activities, including summons deliveries, had been suspended, along with “all activities related to conscription for military service.”

Military units will only be accepting volunteers and contractors from now on, a statement from the ministry added.

President Vladimir Putin announced the mobilization in late September after Russia suffered a series of major setbacks on the battlefields in Ukraine. Officials said the draft’s target of recruiting 300,000 personnel had been met as of last week.

While Putin has defended the draft, its chaotic execution led to angry demonstrations and prompted hundreds of thousands to flee Russia.

Putin said Tuesday that the mobilization had been “completed” and that “the line has been drawn,” a suggestion that there would be no further drafts. He added that 41,000 of those recruited were currently in combat formations of the Russian military, meaning that “almost 260,000 people are not participating in any hostilities but are being trained.”

The roll out of the mobilization was beset by errors. Early on in the process, some residents in areas including Russia’s Far East Sakha Republic were conscripted “by mistake” despite not being eligible for mobilization, such as fathers of underage children, according to a local leader there.

Since it was announced, protests have erupted in ethnic minority regions, and some military enlistment offices have been set on fire. The original announcement also sparked rare anti-war demonstrations across Russia.

The country was forced to heighten security measures at military registration and enlistment offices “due to increasing attacks” on those facilities, a senior Russian official said in a previous CNN report.

Two gunmen said to be from former Soviet states opened fire on Russian military recruits on October 15 during a training session in the Belgorod region, killing 11 people, state news agency TASS reported, citing the Russian Defense Ministry as a source.

Alexander Khinshtein, a deputy in the Russian parliament, said on Telegram that “intruders” have also been caught “red-handed” trying to launch an attack on military enlistment centers. A man opened fire at one such building late last month, seriously injuring a commander, state media reported.

Countless Russians have fled the country as a result of the partial mobilization. More than 200,000 people traveled from Russia into Georgia, Kazakhstan and the European Union in just the first week, collective data from those regions showed.

“I was angry and afraid,” Vadim, who left Russia for Kazakhstan with his grandmother after the announcement, told CNN this month. “We don’t want this war … we can’t change something in our country, though we have tried.”

And the benefits of the mobilization have also been questionable, according to experts. It is unclear whether the influx of newly-trained recruits has had any impact in ground fighting in eastern and southern Ukraine, where Kyiv has seen gains in recent weeks.