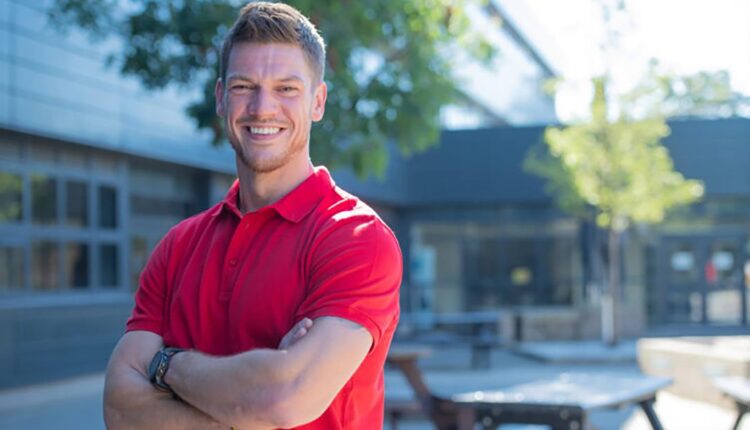 A group of colleges and local councils in Tay region in eastern Scotland announced the appointment of Jason Grant, who previously worked as a student wellbeing officer at a local college, to the role on Thursday.

However, critics argue that a woman would have been better suited to the job.

Retired tennis star Martina Navratilova commented on the news of his appointment, calling it “f**king ridiculous” on her Twitter account.
“Have we ever tried to explain to men how to shave or how to take care of their prostate or whatever?!? This is absurd,” she wrote in a separate tweet.

Barrister Charlotte Proudman also questioned why a man was appointed to the role.

“I remember at school, girls used sanitary pads because tampons were unaffordable,” she tweeted. “What experience does Jason Grant have of this? I’m all *for* men’s support – but let’s have women lead on our experiences.”

Grant’s role is the first of its kind in Scotland.

“He will coordinate and streamline the approach to ‘Period Dignity’ across the area by working directly with the colleges and local authorities,” Grainger PR said in a press release announcing the appointment, which was made by a working group of .

“Jason will lead a regional campaign across schools, colleges and wider communities, raising awareness and understanding of the new Act and ensuring that the Scottish Government funding is allocated appropriately,” it said.

The Period Products Act came into force on Monday and means that menstrual products, including tampons and pads, will be made available free of charge in public facilities in Scotland.

It will be the responsibility of local authorities and education providers to ensure the products are available free of charge.

Grant called the legislation “transformational and long-overdue” in the press release announcing his appointment.

“With our partners, we will be looking at fine-tuning the existing distribution and availability of products, including sustainable options and even plan performing art workshops in schools and colleges to improve education around periods,” he said.

His appointment “surprised and intrigued some colleagues and friends,” according to the press release, but Grant, a former personal trainer and tobacco salesman, said he believes he has a lot to bring to the role.

“I think being a man will help me to break down barriers, reduce stigma and encourage more open discussions. Although affecting women directly, periods are an issue for everyone,” he said, adding that he will also work to raise awareness of the menopause.

“It’s time to normalise these topics and get real around the subject,” he added. “I believe I can make progress by proving this isn’t just a female topic, encouraging conversations across all genders and educating and engaging new audiences.”

A spokesperson for the working group that employed Grant said giving him the job “was a no-brainer with his vast experience in project management from both the private and public sectors.”

Planet Of Lana Delayed To Spring 2023