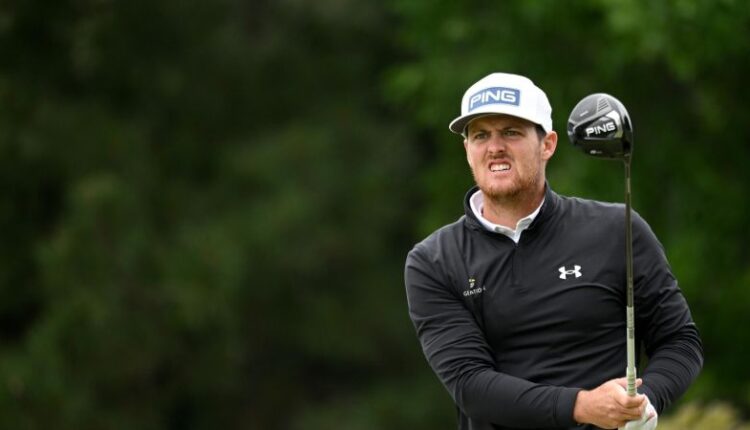 Grab your popcorn and your drinks, the PGA Championship is heating up.

Fans could be set for a thrilling final day on Sunday after an intriguing third round left things finely poised.

World No. 100 Mito Pereira leads the chasing pack by three shots after posting a one-under 69, leading the major with a score of nine-under after 54 holes.

Pereira, a rookie who has yet to win on the PGA Tour, raced into a commanding four-shot lead after five holes, but a run of four bogeys over five holes dragged him back to the pack.

Back-to-back birdies on the 13th and 14th once again extended his lead, showing poise and determination that belied the 27-year-old Chilean’s experience. And he finished his round in the perfect manner, rolling home a 20-foot birdie putt to delight the fans.

Playing in his first PGA Championship, Pereira is just 18 holes away from claiming a major victory and complete a fairytale story.

And he’s got a group of fellow young players – all inexperienced in majors – on his coattails.

Pereira was the beneficiary of some erratic play from Will Zalatoris Saturday.

The young American was playing in the final pairing alongside Pereira, having finished Friday second on the leaderboard, but struggled in colder and windier weather.

The 25-year-old fought with his driving and putting all day, consistently failing to hit fairways and missing some putts he’d typically be expected to make.

Zalatoris carded four bogeys – and no birdies – in his front nine and two birdies and another bogey on his back nine, on his way to finishing with a three-over 73 and six-under for the tournament.

Elsewhere, Matt Fitzpatrick had a brilliant third round to drag himself into contention in the final round.

The young British player finished with a three-under 67 to finish six-under overall. It will be the first time he’s been inside the top 10 entering the final round of a major.

For Fitzpatrick, – who is trying to become the first Englishman to win the PGA Championship since Jim Barnes in 1919 – he’s been coming into form over the past few months, something he puts down to work during golf’s off-season.

“My driving was already a good strength last year and putting has always been a strength of mine,” he told the media.

“We made changes with my short game and my irons in the winter. So far, I feel like they have paid off. I think the big thing for me is my results showed that, but I feel it in my game as well. I feel like I can hit the shots way want to see and so far, it’s been a good year.”

And the top four is rounded out by Cameron Young, who also carded an excellent 67 to finish the day five-under for the tournament.

Young, who also hasn’t won on the PGA Tour, is playing in his first PGA Championship, and is the first time he’s qualified for the weekend of a major.

After an early bogey in his round, three birdies catapulted him up the leaderboard. But it was an eagle on the 17th hole which really transformed his round from middling to excellent, and has him playing in one of Sunday’s final pairings.