China to allow gene-edited crops in push for food security 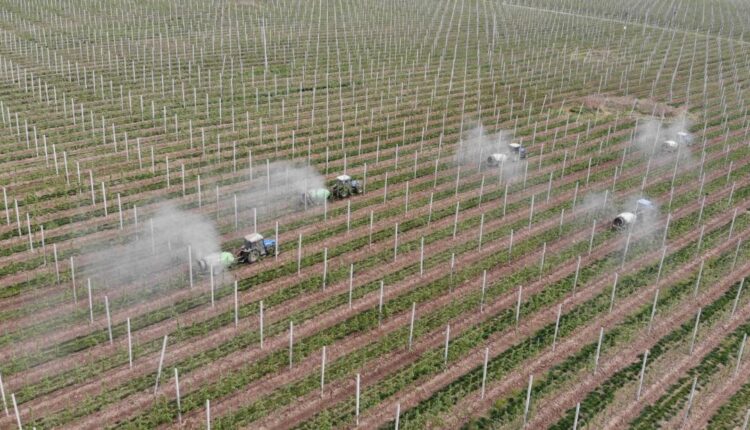 Gene editing — or altering the genes of a plant to change or improve its performance — is viewed by some scientists as less risky than genetically modifying them, which involves transferring a foreign gene.

The new guidelines, published by the Ministry of Agriculture and Rural Affairs late Monday, come amid a raft of measures aimed at overhauling China’s seed industry, seen as a weak link in efforts to ensure it can feed the world’s biggest population.

Beijing has also recently passed new regulations that set out a clear path for approval for genetically modified (GM) crops.

But while it has deliberated for years whether to allow planting of GM crops to feed its people and livestock, it is ahead of some nations in outlining clear and relatively fast procedures for gene-edited crops.

“Given the strong investment of the Chinese government in genome editing, we expect the release of a relatively open policy in the coming years,” Rabobank wrote in a December report.

China’s research institutes have already published more research on market-oriented gene-edited crops than any other country, it added.

The technology’s precision makes it faster than conventional breeding or genetic modification, and also lowers the cost.

Regulation is also less cumbersome in some countries, such as the United States, although the European Union is still reviewing how to regulate the technology.

The draft rules stipulate that once gene-edited plants have completed pilot trials, a production certificate can be applied for, skipping the lengthy field trials required for the approval of a GM plant.

That means it could take only a year or two to get approval for a gene-edited plant, said Han, compared with around six years for GM ones.

It is not clear how many companies or institutes are ready to apply for approval of edited products.

Chinese researchers have used gene-editing to create lettuce seeds rich in vitamin C and herbicide-resistant rice, according to a Global Times report.

China’s leadership said in late 2020 the country needed to use science and technology for an urgent “turnaround” of its seed industry, which has long struggled with overcapacity and little innovation.

China imports a significant share of its vegetable seeds and wants to reduce its reliance on overseas breeding.

Call Of Duty Will Stay On PlayStation For Now, Bloomberg Reports