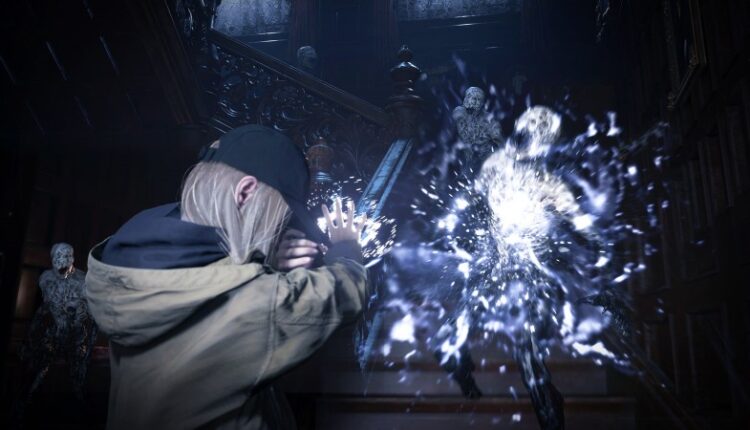 
Without spoiling the ending of Village, the story left off in a way that created some big, interesting questions about the future of Resident Evil. From its beginning, the series has never claimed a singular protagonist, but moving forward, it seemed Ethan’s daughter Rose was going to be an important character to the franchise and whatever narrative direction a potential Resident Evil IX might follow. The Shadows of Rose DLC offers the first chance to play as Rose while filling in a small story gap that arguably did not need filling. Even with a somewhat benign story, however, Shadows of Rose has a solid, condensed Resident Evil experience worth exploring.

The details of how are ultimately unimportant, but in Shadows of Rose, the titular Rose is afforded the opportunity to revisit the village her father rampaged through to save her. She’s not there in person, but rather exploring memories of the location using her abilities. To call Resident Evil grounded would be inaccurate, but because Rose is exploring memories as opposed to a real location, there are opportunities to create a more dreamlike and ultimately stranger experience than games past. Rose instantly jumps between locations based on the story and an already uncertain setting becomes even more unpredictable in a way that makes it scarier.

You also control Rose from the third-person. The perspective is a typical one for Resident Evil, but to explore locations from Village from behind Rose’s back feels surprisingly new. I prefer my Resident Evils in third-person (though I do enjoy the novelty of 7 and Village’s first-person perspective) and seeing the world from behind Rose’s shoulders is well-implemented.

Lady Dimitrescu unfortunately does not make an appearance in the game, but exploring her castle again (with many paths blocked and doors locked) is a scary thrill, especially with Rose’s abilities. Rose uses a handgun and a shotgun, but isn’t an especially proficient fighter. She eventually uses her abilities to slow down enemies, which works well with Resident Evil shooting as it lets you line up headshots with less urgency. The main use of her powers, however, is that she can destroy the flowers with spreading tendrils that have infected the castle from a distance. Between shooting mold creatures with limited ammo, I enjoyed solving the puzzles of how to reach these flowers to open new paths.

Rose also visits House Beneviento, which was home to Village’s (and maybe all of Resident Evil’s) most genuinely terrifying moments. Considering the recent legacy of House Beneviento, it’s no surprise that this is the scariest and most interesting part of the DLC. Rose must solve puzzles without her inventory (as her father did before her) and encounters mannequins that only move when you’re not looking at them. The mannequins wouldn’t make sense in a typical Resident Evil, but in this dreamlike, memory world, they function as some of the series’ most terrifying enemies. I was grateful to move past these horrifying yet impressive enemies.

To dive deeper would reveal important story beats, none of which stand out as being a major highlight, but I enjoyed learning more about Rose, revisiting locations from Village with a new perspective (both literally and figuratively), and getting more context on her role in the universe. Considering her potential importance in the future, I assume Shadows of Rose will be an experience worth having played, but I wouldn’t go quite as far as calling it required reading. For something more abstract and focused on horror within the world of Resident Evil, Shadows of Rose is worth exploring.

Russia nightclub fire: At least 13 killed in in city of Kostroma