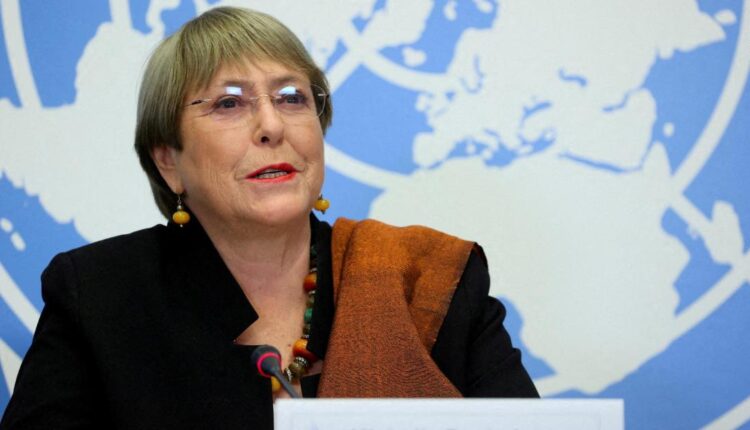 Bachelet reiterated, however, that her six-day trip, which ended on Saturday and included a visit to the western region of Xinjiang, was not an investigation into China’s human rights policies but an opportunity to engage with the government.

Washington, meanwhile, said it “remains concerned” about Bachelet’s trip — which it believes China could use for propaganda purposes.

Bachelet started her China trip, the first by a UN Human Rights High Commissioner in 17 years, on Monday in the southern city of Guangzhou before heading to Xinjiang.

Her office said last year it believed Uyghurs in Xinjiang had been unlawfully detained, mistreated and forced to work.

“I have raised questions and concerns about the application of counter-terrorism and deradicalisation measures under broad application, particularly the impact on the rights of Uyghurs and other predominantly Muslim minorities,” she said during an online press briefing on Saturday.

China denies all accusations of abuse in Xinjiang.

Bachelet’s access was limited as China arranged for her to travel in a “closed loop” — isolating people within a virtual bubble to prevent the spread of Covid-19 — with no foreign press.

“We are concerned the conditions Beijing authorities imposed on the visit did not enable a complete and independent assessment of the human rights environment in (China), including in Xinjiang, where genocide and crimes against humanity are ongoing,” Blinken said in a statement late on Saturday.

The United States was “further troubled” by reports Xinjiang residents were pressured not to complain about conditions in the area.

“The High Commissioner should have been allowed confidential meetings with family members of Uyghur and other ethnic minority diaspora communities in Xinjiang who are not in detention facilities but are forbidden from traveling out of the region,” he said.

Rights groups and Western countries worry that China will use her trip as an endorsement of its rights record. US State Department spokesman Ned Price had said on Tuesday it was “a mistake to agree to a visit under the circumstances.”

China initially denied the existence of any detention camps in Xinjiang but in 2018 said it had set up “vocational training centers” necessary to curb what it said was terrorism, separatism and religious radicalism in the region.

Bachelet said she raised with the Chinese government the lack of independent judicial oversight on the operation of the centers and allegations of the use of force, ill-treatment and severe restrictions on religious practice.

In 2019, Xinjiang Governor Shohrat Zakir said all trainees had “graduated.”

During the media briefing, Bachelet also described as “deeply worrying” the detention in Hong Kong of activists, lawyers and journalists.