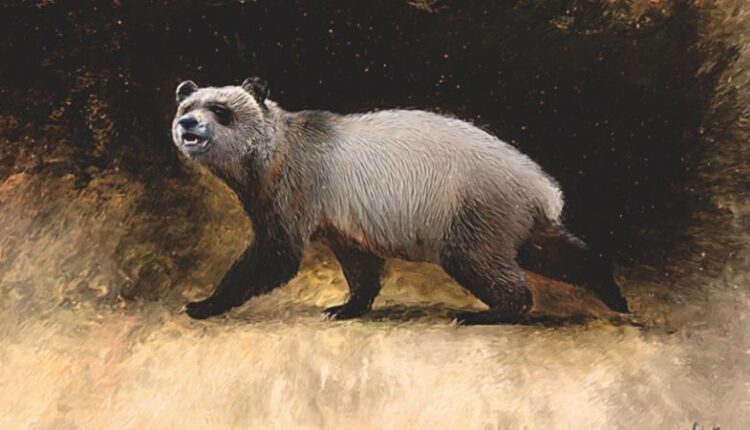 Sign up for CNN’s Wonder Theory science newsletter. Explore the universe with news on fascinating discoveries, scientific advancements and more.

A previously unknown species of giant panda that roamed Europe’s wetlands 6 million years ago has been identified after the discovery of two teeth stored in a Bulgarian museum.

The fossilized upper molar and canine were originally found in the late 1970s in coal deposits and held in the collection of the Bulgarian National Museum of Natural History for more than four decades.

“They had only one label written vaguely by hand,” said Nikolai Spassov, a professor at the museum and author of a new study on the teeth, in a news release. “It took me many years to figure out what the locality was and what its age was. Then it also took me a long time to realize that this was an unknown fossil giant panda.”

“This discovery shows how little we still know about ancient nature and demonstrates also that historic discoveries in paleontology can lead to unexpected results, even today,” he said.

While pandas are best known by their only living representative, the giant panda, there was once a range of related species that roamed across Europe and Asia.

The species discovered through the museum artifacts was the last known panda to live in Europe, according to the news release. Researchers named it Agriarctos nikolovi after the museum’s long-serving paleontologist Ivan Nikolov, who originally cataloged the find.

The study revealed the bear was as large as the modern giant panda or slightly smaller. It likely ate a mostly vegetarian diet, but its meals would have been more varied than those of the panda’s only living relative, which only eats bamboo. The cusps of the teeth likely weren’t hard enough to crush the woody stems of bamboo, suggesting the animal would have eaten softer plants, the research indicated.

The coal deposits in which the teeth were found provided evidence that this ancient panda inhabited forested, swampy regions. Spassov and his coauthor Qigao Jiangzuo, a panda specialist from Peking University in China, proposed the panda may have become extinct during an event in which the Mediterranean basin dried up, transforming the surrounding environment.

“Giant pandas are a very specialized group of bears,” Spassov said in the release.

“Even if A. niklovi was not as specialized in habitats and food as the modern giant panda, fossil pandas were specialized enough and their evolution was related to humid, wooded habitats,” he said. “It is likely that climate change at the end of the Miocene in southern Europe, leading to aridification, had an adverse effect on the existence of the last European panda.”

The Miocene epoch was 23 million to 5 million years ago.

The research published on Sunday in the Journal of Vertebrate Paleontology.